Our executive director and local leadership are committed to building a stronger Seattle by supporting and developing our AmeriCorps members as leaders in their schools and community. 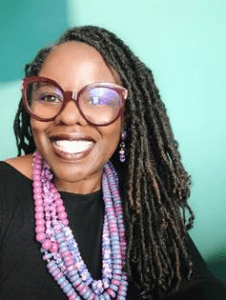 Tarra Mitchell has worked in public education in Washington State since 2009, and for the last six years she has served in Seattle Public Schools (SPS). She served for four years as a Principal in a City Year Partner School and most recently as the Director of Special Education. In her current role, she supports all school based Special Education services and supports for the largest school district in Washington State. This work includes the oversight of Special Education support for students, families and school teams, family and community engagement, partnership relationship management, remote and in-person learning during pandemic closures, and coordination with the state educational governing body.

While serving as the Principal at Totem Middle School, Tarra and her team created a strong partnership with City Year in service of students, adults, and the larger community. Her school saw positive outcomes for students and corps members, and her commitment to the ideals of the organization were further expanded as she joined the Board of City Year Seattle/King County (CYSKC), participated in the National Investors Summit, was a presenter at the CYSKC Ripples of Hope, and is a frequent panelist for Equity Summits.

During her time in public education, Tarra has served as a building administrator at Elementary, Middle and High School, as well as a Secondary Math Teacher and Teacher on Special Assignment supporting all Secondary Math instruction in Marysville School District. She also has been an Adjunct Professor at various universities for undergraduate math courses, teacher preparation graduate courses, and principal certification courses. She is currently on staff at Seattle University in the Educational Administration program.

Tarra is currently studying at University of Washington pursuing her Doctorate and Superintendent licensure in the Leadership for Learning Program, which is designed to equip equity focused leaders to transform and re-envision educational systems.

Prior to 2009, Tarra lived and travelled around the world always connected to the military. She was raised in a Coast Guard family, joined the Army as a Chinese Linguist, and traveled for 20 years as a Navy spouse. She has three adult daughters, one brand new granddaughter, and a grandson on the way.

Read more about Meet our Staff | Seattle
Board | Seattle

Our board brings to City Year Seattle their expertise and commitment to local communities and schools.

Their generosity helps us support more than 4000 students. Together, we’re contributing to a clearer and bolder vision of what public schools can...