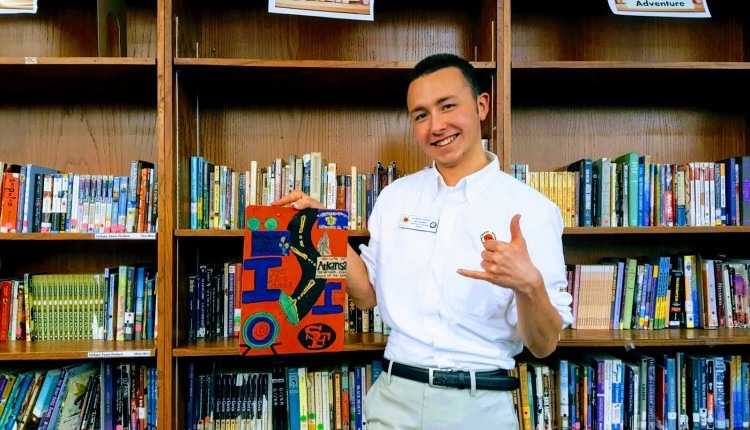 City Year is an AmeriCorps program with an eligibility age range of eighteen to twenty-five years old. At the start of my year of service in July of 2017, I had just turned 18 years old, placing me at the youngest point of this age range. Despite this age range spanning over seven years, it caught my attention early on that the vast majority of the incoming AmeriCorps members were at least twenty-one and had completed roughly four years of college. The realization of the noticeable gap in age and education completion caused me to grow increasingly concerned, regarding my decision to join City Year.

The first few weeks went by and all of the one hundred members had been assigned to schools. I had been assigned to Kenilworth Science and Technology Charter, along with four other people. My four colleagues were all between the ages of twenty-one and twenty-four and had all earned bachelor’s degrees prior to joining City Year. I was constantly reminded of this age gap almost any time when there was team bonding or collaboration. Although no one on my team directly commented on my age in a derogatory manner or intentionally excluded me, it was difficult for me to contribute to many discussions. Whether it was a discussion related to career, academics, or overall life experience, it was a personal issue that I could not seem to resolve. As a recent high school graduate, I constantly questioned what I had to offer to my team and school that I worked at, or if I was worthy of the position to which I had been assigned.

Over time, however, my situation actually started to improve, as I soon learned to heighten my self-confidence. There was someone who gave me advice for which I have much to be thankful for. They told me that maybe I was right in thinking that my age difference was noticeable to my colleagues, but the only person who was truly passing judgment was myself. I was unable to accept this when I first heard it, but then I started paying more attention to how others behaved around me. I then realized that this was entirely true and that no one cared whatsoever how old I was or how much education I had received. The only reaction that I would capture upon telling others of my age and the academic level was genuine surprise that I was entering this field at such an early age. If anything, the people I told were impressed rather than judgemental. I soon realized that this was something that I could use to my advantage, as this experience would put me ahead in life with whatever career choices I made following this year.

Your background may or may not be similar to mine, but if you are a recent high school graduate starting out your year of service with City Year, here are a few suggestions to guide you and give you the chance to make your year the best it can be:

Firstly, always be confident. Remember that there really is nothing more valuable and impressive than confidence. If there is something on your mind that you feel is important or worth sharing with your colleagues, don’t be afraid to speak up. Up until this point in my life, I had been a very shy person who rarely spoke up and kept most thoughts to myself. After joining City Year, I decided that it was time for a change, and I forced myself out of this quiet comfort zone and strived to be more outspoken. I knew that if I wanted people to know who I really was, I would have to tell them myself. Always remember that your opinion is just as valuable as anyone else’s regardless of your age. If you show that you are a confident adult who can articulately express themselves, then no one will care how old you are or what level of education you’ve reached.

Secondly, have a sense of individuality. If you are worried that others will label you as “the eighteen-year-old”, or “the high-school graduate”, this can be easily avoided. Having a strong sense of self and an ability to express oneself are key in being recognized as an individual rather than a monolith. Throughout the basic training segment at the beginning of the year, I would constantly push myself to participate and get to know my new colleagues. As a result of this, few people in the program remembered or cared about the titles previously mentioned, and cared more about what I had to say and what I stood for.

Thirdly, remember why you chose to serve. Whatever your calling may have been that prompted your decision to serve with City Year, remember that this goal of yours will not falter as a result of the unexpected. For me, I served to provide guidance to the students whom I could relate to in regards to the academic and emotional struggles of school, and no obstacle that I faced this year ever changed that. Remember that it is the progress of your life that matters, not the opinions or judgments of others along the way. When the time you spend with the people of your community is over, you will remember not those who judged you or who refused to accept you, but those who helped you become the person you are today.

Finally, if you ever find that those around you seem to be older and more experienced, just remember two things. Remember that you both have the same job, meaning that in a way you are all at the same point in life, and also remember that this means that you are ahead of people your own age. This means that your future is promising especially now that you have worked alongside people of higher academic experience. The experiences and lessons that you will learn in your year of service can be truly life-changing if you allow it. Think of it this way: If you have this job at eighteen, and with only a high school diploma, imagine what kind of career you will have once you finish college.

It took me the better part of the year to learn these valuable lessons. Once I did though, City Year allowed me to grow in many different ways that I would never have thought possible. One of which was effective team collaboration. Although self-confidence was something that I began practicing from the start of the year, team confidence was something of a slow and arduous process for me. I learned throughout this year that the two must be intertwined in order to effectively develop personal strength. Upon my acquisition of the fundamentals of team collaboration, while simultaneously representing myself as an individual, I was able to overcome many of the obstacles that I faced in the beginning.

Seabron Stewart proudly served as an AmeriCorps member on the Irene W. and C. B. Pennington team at Kenilworth Science and Technology team. This fall, Seabron will be attending Cabrillo Community College for an Associate’s of Science degree in Biology. After that, he plans to transfer to a four-year university to begin either in Zoology, Ecology, or Marine Biology.

Read more about Three amazing ways to support AmeriCorps members
"City Year" of the Rat: A Journey in Self-Growth

In Chinese culture each year corresponds with twelve animals on the Chinese calendar, almost like a mascot for the year....