“City Year” of the Rat: A Journey in Self-Growth 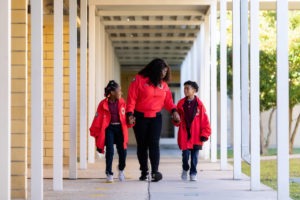 In Chinese culture each year corresponds with twelve animals on the Chinese calendar, almost like a mascot for the year. The year of 2019 was year of the pig which in many places is not thought of as the smartest animal, so if you caught yourself making some not-so-smart decisions in 2019, don’t worry so did 1.3 billion other people.

Okay, given the historical context of rats (i.e the bubonic plague and their pesky presence in New York subways), I understand why the thought of a rat year might cause some uneasiness. Yet contrary to popular discomfort, the rat is seen as the first of Chinese zodiac signs. Symbolizing; wit, flexibility, and alertness, the rat may not be the most adorable of signs but it is the most adaptive. Which segways into a topic we hear often in City Year, self-growth!

Self-growth has a way of undermining certain character traits or bad habits that we would normally deem acceptable. This growth is not abrupt, as in one day we all wake up champions of world peace, but it gradually takes place until one day you look in the mirror and you’re not embarrassed of who you once were, but you’re proud of who you are now.

This first characteristic that distinguishes the year of the rat from others on the Chinese calendar is also one of the three major components that determine the makings of a complete transformation of self through the City Year core experience, Flexibility.

DEVELOPING YOUR FLEXIBILITY IN CITY YEAR

From the moment AmeriCorps members disembark into schools, City Year places each individual, unknowingly, into a position that confronts pre-existing mannerisms, habits, or attitudes that they may or may not be used to. Traits that often cause that individual to remain stagnant in their self-growth, rendering them inflexible.

To be flexible, whatever is hindering total flexibility must and will be revealed. This is where reflection, a guiding aspect in the City Year Idealist Journey, comes into place. With reflection one can possess a deep understanding of not only who they are but why they are. Reflection allows an individual to become aware of those mannerisms, habits or attitudes that block the way to self growth, being aware of these traits allows that individual to fight them proactively with new experiences.

In City Year whilst working with young adolescents, it is common that every blow-out with students is followed by a ‘think sesh’. This ‘think sesh’ is just a cool way of saying reflection time. Usually there’s a third party, not affiliated with the prior incident, that says, “Think about what just happened and how YOU could have reacted differently.”

This part usually takes every kid back a few steps, even though they know the reflection is coming it’s always hard simply because they are not familiar with the idea of reacting differently.

The same with adults.

We become comfortable with the things that render us inflexible and stagnate ourselves. City Year continues to push individuals past their expectations of self-growth by way of new experiences. Whether in the classroom or speaking in public, City Year makes you comfortable with being uncomfortable and this deems you flexible-able mold into any space without loss of composition or substance. Once flexible, you attain the ability to be placed in a multitude of new experiences and adapt while staying true to who you are. Be it arguing in a courtroom, coaching at a basketball game or shopping in a grocery store, flexibility allows you to move fluidly in any space without feeling disproportioned.

City Year continues to change the world by changing the individuals within it. As we welcome the year of the rat, the year of 2020, let’s all take the time to invest in our self-growth. Take the time to get flexible and once being uncomfortable becomes second nature, know that you’re on the right track to becoming a better you.

we invited several members of our 32,000+ alumni community to share short uniform stories that explore the power and potential...