Boston, Feb. 28, 2022 (GLOBE NEWSWIRE) — City Year, an education nonprofit that recruits young adults for a year of service in public schools, is excited to announce a new class of 13 executive directors who will lead our local markets across the United States. Over the past year, City Year has completed a wide search to find the most qualified, committed and diverse group of executives, selecting the strongest leaders from a variety of mission-driven and youth-focused organizations to serve as the top leadership of our U.S. sites.

“As City Year continues to strive to attract and cultivate leaders, staff and AmeriCorps members who reflect the rich perspectives of the students and communities we serve, we’re inspired by the talents, vision and passion of a new cohort of executive directors,” said City Year Chief Equity Officer Stephen Spaloss. “We’re proud that among this group are several City Year AmeriCorps member alums, a professional athlete, former principals in City Year partner schools, and seasoned public sector, nonprofit and educational professionals.”

“Our new executive directors are dedicated to the learning, development and well-being of both the students we serve in public schools as well as the extraordinary corps members who support them every day as student success coaches,” said City Year Chief Operating Officer John Tupponce. “These leaders are attuned to the specific strengths, needs and contexts of the local communities they serve and believe in the power of partnerships and collaboration to expand opportunity for all young people and make lasting, positive change.” 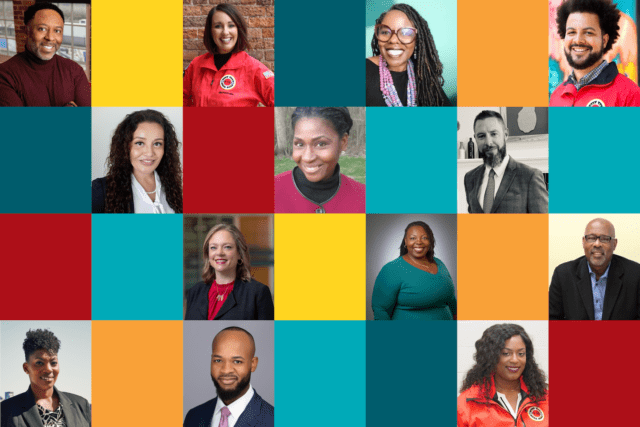 Kevin Bradshaw, City Year San José/Silicon Valley Executive Director, a lifelong team player, teacher and coach, began his career playing basketball for the NCAA and professionally in Israel as both player and coach before dedicating his career to the education sector. He most recently served as executive director at Bridge Academy International School in San Diego where he helped students develop their life and career goals.

Tanika Epps (City Year Columbia ‘07), City Year Columbia Executive Director, who served as a City Year Columbia AmeriCorps member, returns to the organization after serving as the Midlands Regional Vice President for Communities In Schools of South Carolina, where she advocated for children and families in the Midlands, strengthening partnerships with school districts, state agencies and local municipalities during the pandemic.

Stephanie Maney-Hartlaub, City Year Milwaukee Executive Director, is equipped with more than 20 years’ experience as an educational leader, teaching elementary and middle school students, serving as an assistant principal for 10 years, a principal for four years and the Director of School Turnaround for Milwaukee Public Schools. She holds a doctoral degree in educational leadership from Cardinal Stritch University and is committed to elevating the gifts of the students, AmeriCorps members and team with whom she serves.

Tarra Mitchell, City Year Seattle/King County Executive Director, has worked in public education in Washington State since 2009, including serving four years as a principal at a City Year partner school and most recently as the Director of Special Education for Seattle Public Schools. Her doctoral work at the University of Washington was designed to equip equity-focused leaders to transform and re-envision educational systems.

Monica Roberts, City Year Greater Boston Executive Director, has spent 12 of her 20-year career in public urban education at Boston Public Schools (BPS) in various capacities—most recently as the Chief of Family and Community Advancement. Monica was born and raised in Boston, is a proud graduate of BPS, and serves on the board for the Boston Higher Education Resource Center and the Boston Education Fund.

Adero Robinson (City Year Columbus ‘96), City Year Columbus Executive Director, has over 25 years of nonprofit experience, which began as an AmeriCorps member in a Columbus City School fifth grade classroom. Adero is the recipient of Medical Mutual’s 2022 Pillar Award for Community Service, Executive Director of the Year as well as City Year’s Comcast Leadership Award. He has participated in local and national leadership programs including the African American Leadership Academy, Ray Miller Institute for Change and Leadership, and Bank of America Emerging Leaders.

Jeff Shafer (City Year Chicago ’11, ‘12), City Year Kansas City Executive Director, grew up attending Kansas City Public Schools and is a graduate of Lincoln College Preparatory Academy. He spent 10 years in Chicago, receiving a degree in marketing communications from Columbia College Chicago and serving with City Year as an AmeriCorps member on the city’s South Side. For the last five years as City Year Kansas City’s development director, Jeff has been responsible for the cultivation and stewardship of donor relationships and has exceeded the organization’s local fundraising goals.

During their year of full-time service in public schools, City Year AmeriCorps members serve as student success coaches—near-peer tutors, mentors and role models who are powerfully positioned to support students’ holistic growth and help students to cultivate the skills, relationships and learning environments they need to succeed in school and in life. Nationally, schools with City Year are two-to-three times more likely to improve on math and English assessments than similar schools without City Year. Last year, 94% of partner principals agreed that City Year has supported their schools’ transitions between in person and distance or hybrid learning during COVID-19, and 95% of partner principals and partner teachers say City Year AmeriCorps members have supported the engagement and participation of students in school during the pandemic.

City Year helps students and schools succeed, while preparing the next generation of civically engaged leaders who can work across lines of difference. Diverse teams of City Year AmeriCorps members provide holistic support to students, classrooms and the whole school. A 2020 study shows that the more time students spend with AmeriCorps members, the more they improve on social, emotional and academic skills— skills that help students thrive in school and contribute to their community.

A proud member of the AmeriCorps national service network, City Year is supported by AmeriCorps, local school districts and private philanthropy. City Year partners with public schools in 29 communities across the U.S. and through international affiliates in the U.K. and South Africa. Learn more about City Year:

President Biden’s move means the student loan balances of millions of people could fall by as much as $20,000. This...

Learn more about City Year AmeriCorps service in Cleveland and the ways in which student success coaches find housing in...

City Year today announces a landmark investment in its work to expand educational equity and nurture the next generation of...