Mass Shooting in Colorado and Transgender Day of Remembrance

Last week, the Office of Equity team went to Memphis and Montgomery to experience the Civil Rights and Legacy Museums and to ground ourselves in the history of those cities. I left with so many emotions, ranging from inspiration to deep anger and frustration. During our visit to The Legacy Museum, I spent a lot of time in the section about the terrorism experienced by Black people due to lynching in America. This struck me deeply. The fact that America was so complacent that lynching was written about in the newspapers like it was no big deal, while infants to adults were being executed for no other reason than the color of their skin.

When I learned about the shooting this past weekend in Colorado Springs, I immediately asked myself if because of my privilege, am I being complacent like those who read about the lynchings of Black people and did nothing? That right now, our LGBTTQIAP+ community, once again, are being attacked for no other reason than the fact that they exist.

As an organization, we cannot be complacent and must affirm our community by recognizing this atrocity and pausing to ensure our community feels safe and affirmed that we, City Year, stand with them and will continue to do the work to change the mental models, practices, and behaviors that are anti-LGBTTQIAP+. 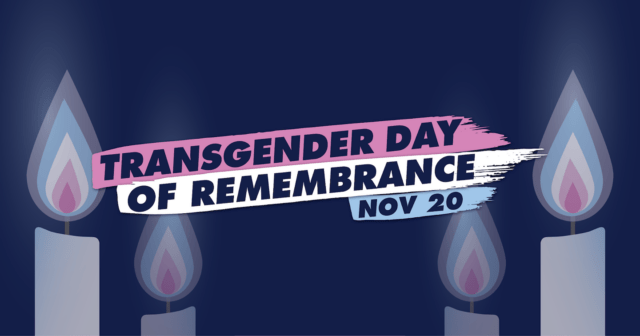 Yesterday was Trans Day of Remembrance, a celebration of trans joy and an act of trans resistance. Each year, this is a bittersweet day for me. I remember all the trans lives we have lost through state-enacted violence and bigotry and through hate crimes done by individuals, while I also try to hold onto the joy and hope that the trans community has built and continues to build in the face of this oppression.

When I was a child, I was scared and confused about what was happening to my body and my identity, and why, when everyone else felt they were growing into the next stage of their lives, I felt like a stranger in my own body. I grew up in a deeply homophobic town where even mentioning having feelings for someone of the same gender would lead to you being ostracized by your peers and the adults as well, so even trying to talk about these feelings I was experiencing was out of the question. It was a lonely, depressing, and scary time in my life, and to see that there are youth who are still being forced to experience the same hatred I was forced to experience breaks my heart every day.

This past year has been grueling, hearing lies told by people in power about LGBTTQIAP+ people for their own gain, hearing about attacks by white supremacists and transphobes against our very existence, and seeing the lack of action by those in power who claim to care about the LGBTTQIAP+ community, but fail to protect the human right we have to hold autonomy over our own bodies.

Just yesterday, we saw another consequence of this rhetoric with the shooting at Club Q in Colorado Springs. Five people were murdered and 25 were injured. The police will not even call this a hate crime yet – as if a man who comes to a club wearing body armor and a high-powered rifle somehow got there by accident. Bigots are continually emboldened by people in power, both through their speeches given to stir hatred, and by their lack of action; people in power are more worried about backlash from hateful people than protecting our right to freedom of expression. It is important to remember that the attacks against Critical Race Theory, against the bodily autonomy of those who can get pregnant, and against Black, brown, and trans and other queer people are being committed by the same bigoted groups to make us feel frightened, divided, and like we need to go into hiding.

But while there have been many tragic losses for our community this year, we have had many wins as well. Black, brown, queer, and trans people are being elected into office to have their voices heard and to protect the rights of others to control their own bodies. While the fight for us to be free is ongoing and incremental progress can be frustrating, we are seeing that if we fight together as a united front for the rights of all people, we can win.

We are winning the fight for people’s hearts, and we are speaking the truth. This year, reach out to your trans friends and family and ask them how they are doing and listen to them. Find organizations in your local area that are fighting to make America a true democracy for everyone.

“Public service is in my DNA,” Jennifer Cobb states. This Capital City native began a career in healthcare and marketing...

City Year provides an extra resource to schools that are in need of that extra support, and service as a...

President Biden’s move means the student loan balances of millions of people could fall by as much as $20,000. This...