Student growth in and out of the classroom 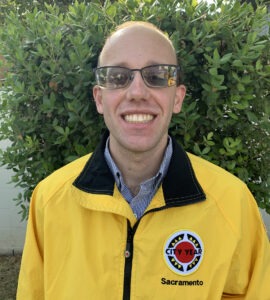 The best thing about having the opportunity to serve in the same classroom with the same students for two years is that you’re able to see a more complete picture of your students’ growth. I think that for any educator who truly cares, there can be moments of self-doubt in the work that we do: Did I make an impact? Will my students take in mind the advice I’ve given them?

During my first year of service, one of my students whom I asked myself these questions I’ll refer to as Victor. When I first met Victor last year, I quickly noticed his tendency to draw instead of doing his work. Sometimes he’d show almost no work in his ELA booklet or math notebook, instead an array of what were admittedly impressive drawings. Drawing seemed to be the only thing he wanted to do, like he was in his own headspace, removed from what was going on in class.

Having a father who majored in art and who instilled in me my own creativity, I wanted to find a way to ensure that Victor was doing his work and understood the classroom material without making him feel like I was stamping out his creative side. Something like this can be a delicate effort and required a lot of patience on my part.

Early on, it was difficult to get a word out of Victor. Even when called on by my partner teacher to answer a problem, he would just stare and be silent. More than once, I would get down to Victor’s height and talk to him, explaining that if he just decides to check out from all of his learning in school, then he’s liable to do so with life in general, relating my own personal stories of middle school and high school where I would actively avoid going to classes I didn’t care about, and therefore missed out on a lot of opportunities to make connections with others as a result.

I would say all of this while also explicitly validating his artistic talent, with the caveat that great artists of any mold immerse and challenge themselves in as many subjects and topics of interest as possible, not just the ones they know they’re already good at. From my own experience, in order to become a great writer, one must expose themselves to the world, and the same truth goes to any other type of artist. Many a talk like this would go by and for the first few months of my service I wasn’t sure whether it was doing any good.

He would never respond to anything that I told him, which made me feel frustrated after a point, like I was wasting my time. But slowly Victor did start to do more of his work in class, responded when called upon, and would from time to time ask me for help. Incrementally, as my first year went on, I started to notice him interacting more within the classroom environment.

Now that I’m approaching three months into my second year at my school site, it’s been a pleasure to continue seeing Victor’s growth. There is a truth, I believe, to the proverb: “the more things change, the more they stay the same.”

Victor still remains quiet when in the classroom, though when in the cafeteria, he’s like a completely different person, very chatty and gossipy. Whereas last year I’d hardly see him work with others, he’s now started to rely on his peers for help in math and ELA. He still continues to draw, though he’s come around to the notion that there’s an appropriate time and place for everything. Recently, I’ve even let him borrow some of my own markers so that he can color in his drawings during recess, along with giving him old books on drawing that I never got to in my youth, my way of nurturing his talent in an appropriate space.

Perhaps it’s less of a change in Victor’s focus and more about how he’s been able to show a fuller side of himself that he was keeping hidden from the rest of his class that I’ve considered to be the most important part of this story. I look forward to continue seeing him grow and perhaps before the year is over, I’ll ask him draw something for me!

Starting a service year with City Year, I was nervous about what the experience would be like. Now that I’ve...

One of the most interesting parts of service is the people that you meet along the way. From the staff...

City Year Sacramento, an education nonprofit that recruits young adults for a year of service in public schools, is pleased...

Dear champions and supporters of City Year Sacramento,  I am excited and honored to begin a new chapter with City...