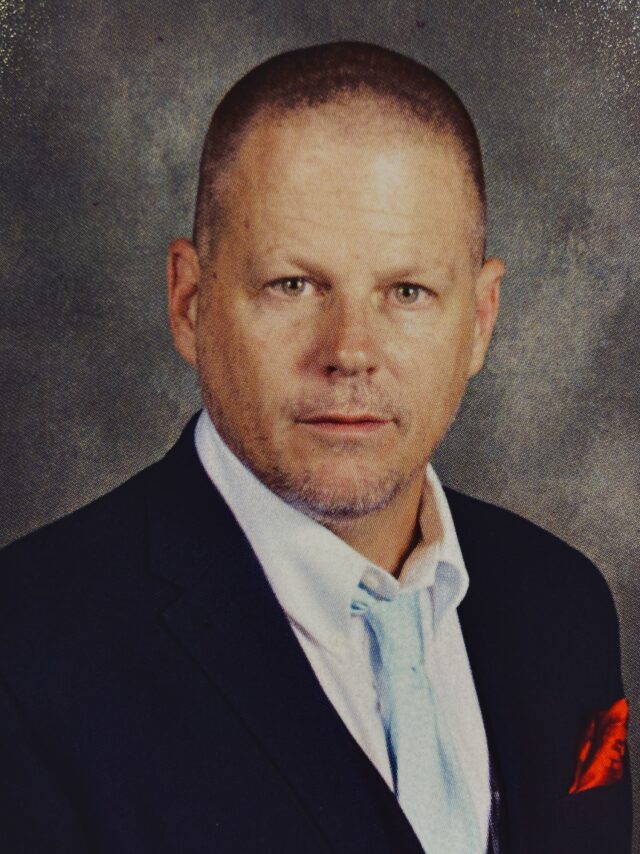 In this multi-part blog series, we’re spotlighting three City Year Philly (CYP) Impact Managers who are in various stages of their CYP career journeys and each brings a distinct perspective to the role. Last, but certainly not least, we’re featuring Deran Neducsin, Impact Manager at Blaine School. “Dangerous Deran” (as he’s known fondly in our community) holds the record as our longest-serving staff member, at 18 years. Throughout his time with CYP, Deran has mentored and graduated over 250 AmeriCorps members—some of whom have gone on to become Impact Managers themselves!

Read our Q&A with Deran to learn more about his long and impressive career with CYP. Also be sure to check out our other two Impact Manager spotlights with Amy Siever and Star Taylor!

Can you tell us a bit about your career path before becoming an Impact Manager? How did you learn about the IM job, and what drew you to the role and to working for City Year Philly?

Before I started at City Year, I was an English teacher at Norristown Area High School. What stood out to me was the way that students were split up into tracks. The fourth track students were the lowest track, and they were mostly Black and Brown. The first track students were all white and of a different socioeconomic group. I was teaching a unit on Shakespeare in 12th grade English, and it was like two different universes in terms of what the students were prepared to do.

What was interesting for me was that I enjoyed working with the fourth track students way more than I did with the first track. The students had so much more real-world experience, and we would have conversations in class where we would relate Shakespeare to real life. That was such an eye-opening experience for me, working with one group of kids who were white and college-bound, and another group that were mostly Black and Brown, and many who were not going to college were joining the military after high school.

I learned about City Year through a bit of serendipity. That year during my summer break, I was doing some landscaping work at a house in Bryn Mawr. I had a couple of college kids working for me, and one of them was wearing a City Year t-shirt. The owner of the house was the owner of David’s Bridal, which was a sponsor of City Year at the time. I had never heard of City Year, but we started having a conversation, and the house owners connected me with the organization. When I interviewed for the Impact Manager job, I was telling them about my experiences at Norristown Area High School, and I learned about City Year’s work on social justice and equity—they described it as “the new front line of the Civil Rights Movement”—and it just seemed like the perfect fit. That was 18 years ago. 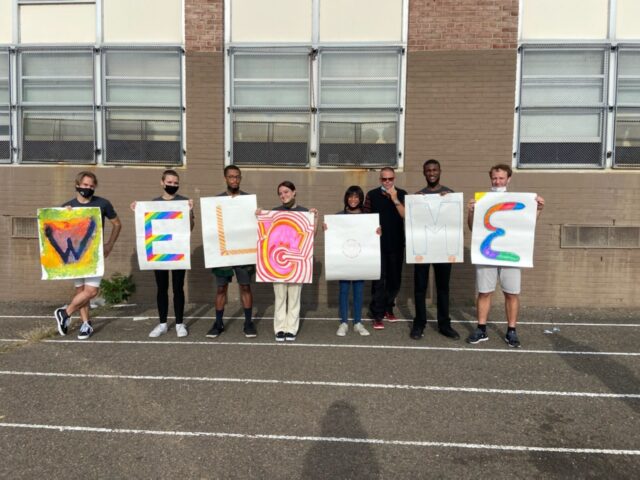 Deran with his 2021-22 AmeriCorps team at Blaine School.

You hold the record as City Year Philly’s longest-serving Impact Manager, at 18 years. What are some of the most interesting or significant changes you’ve seen to CYP’s work over the years?

A lot of people might not know that the demographics of the Corps members used to be quite different. At the time that I started with City Year, I could only have one or two college graduates on my team, and the rest were high school graduates or were getting their GEDs. Now, it’s the total opposite—everyone on my team this year went to college.

Besides that, I would say that the main difference is that when City Year first started, it was developing its focus. We didn’t have a permanent place in schools, but we did a lot of community service. We cleaned empty lots, we cleaned gutters for SEPTA very week, we hosted AIDS workshops and anti-bullying workshops. It wasn’t until later on that City Year became an organization strictly focused on education. Because if we were going to support student attendance and academic success, it made sense for us to be inside the schools building relationships with our students all day, every day.

Within the past three or four years, we made another shift towards DBIE (Diversity, Belonging, Inclusion, and Equity) work. Most of the country only started to do that after George Floyd, but City Year started to focus on DBIE early. It’s interesting to see how it’s come full circle—getting back to social justice, and giving students a voice when we know that they don’t really have much of a voice. We’re currently electing a student government at Blaine, and the goal in that is to give a voice to the voiceless, and to get the students’ voices to the school leadership.

“I’ve graduated over 250 Corps members, and I can say without a doubt that every single one of them was a far better version of themselves at the end of that service year. They were better engaged in relationships with others and were understanding differences, diversity, struggle and perseverance.”

What’s the most rewarding or exciting part of your job? What motivates you to do this work?

The most rewarding part of the job is, without a doubt, the AmeriCorps members. That, and sheer insanity, is the reason I’ve been an Impact Manager for 18 years. All jobs at City Year are important, but for me personally, there’s nothing I would ever want to do here other than be an Impact Manager because I wouldn’t have consistent access to students or to a team of Corps members.

I’ve graduated over 250 Corps members, and I can say without a doubt that every single one of them was a far better version of themselves at the end of that service year. They were better engaged in relationships with others and were understanding differences, diversity, struggle and perseverance. The experience gets you so far out of your comfort zone that it’s going to expand. For some Corps members, it might be the first time they’ve ever interacted with someone different from their race and culture. Through the challenging work in City Year, seeing and experiencing the rewards at the end makes it worth it.

What does education equity mean to you?

Chanel Timmons, Instructional Coach at CYP, said something recently that I thought was an amazing analogy. She said that education equity is not giving everybody a pair of shoes; it’s giving everybody a pair of shoes that fits and they can wear. It’s challenging work to figure out how to meet every student where they’re at, but that’s what we need to do. Right now, we’re seeing that because of the pandemic, students are experiencing potentially up to two years of missed learning. To me, that is inequitable, because some students were given a pair of shoes that are two sizes too big.

What’s the best piece of advice that you give to your AmeriCorps members?

The best piece of advice is four pieces of advice: Be impeccable with your word; don’t take anything personally; don’t make assumptions; and always do your best. Every year, my team must look at these four agreements and agree to them. And if they don’t agree, then we have a conversation about it. To me, these four agreements are unassailably true. That combined with the serenity meditation—Give me the serenity to accept the things I cannot change, the courage to change the things I can, and the wisdom to know the difference. That’s been my game plan with the Corps members since I started.

What’s your favorite place to visit or activity to do in Philly that you like to share with your Corps members?

I’m a huge cheesesteak guy, and we’ve done a Cheesesteak Challenge on my team before. Everybody picks their favorite cheesesteak place (mine is John’s Roast Pork in South Philly) and we test them out to see which really has the best cheesesteak. Philly is a great food town, and I think one of the best teambuilders is just to break bread with people—not having an agenda, just enjoying the food and each other’s company.

Are you considering a year of service or do you know someone who is? City Year Philly is currently accepting applications for the 2022-23 service year! To learn more and start your application, visit cityyear.org/apply-now.