Don’t Call it a Comeback: a Service Leader’s Story 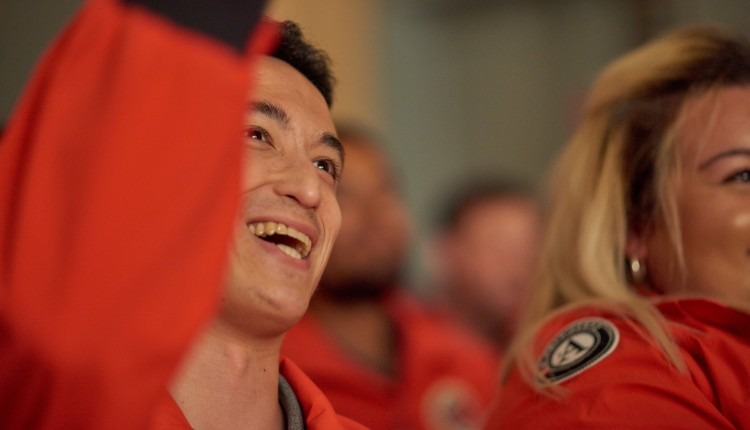 City Year New Hampshire sort of snuck up on me. In the spring of 2018, I was only concerned about becoming a doctor and attending medical school the following fall. In between pulling my hair out and frantically refreshing my email, I applied to City Year on the chance I didn’t get accepted into any medical programs. In a classic good news/bad news scenario, I failed to gain acceptance at any medical school, but City Year accepted me about a week after its deadline, all thanks to an incredibly patient and compassionate admissions director. A year now has passed, and I find myself coming back for a second round, of both medical school applications and serving with City Year New Hampshire (CYNH), this time as a service leader.

Even before I was a member, City Year gave me the opportunity to succeed by extending my acceptance deadline. In doing so, they showed me just how much they value and invest in young people. More evidence of this came throughout the year and, even a few months into the program, I was already considering coming back.

Recognizing the demand for professional development in the coming crop of first year members, CYNH staff kickstarted a one-on-one mentor program for any AmeriCorps member who wanted regular contact and advice from a local professional. As luck would have it, I matched with a senior director and vice president at Comcast NBCUniversal, Sara Dionne. For the duration of the year, Sara served as my ultimate “accounta-buddy,” someone who checked on me frequently to establish and follow through on the academic or professional goals I set. When I decided to retake the Medical College Admissions Test (MCAT), Sara was all for it and texted me almost every week to see if I was meeting the study goals we’d agreed on. Thanks to her, though she’ll deny it, I aced my MCATs while keeping up with my City Year obligations. Sara offered me plenty of support and, in addition to City Year’s many other resources, she made coming back an easy choice.

However, I’d be lying by omission if I didn’t mention the kids. Seeing countless “a-ha” moments or sharing dozens of hallway chats continue to remind me of just how high these kids can soar. Throughout the year, I got to see a shy fourth grader make her first friend, coach a smart young man through sentence structure, and throw touchdowns as the City Year “Tom Brady” (both because we lived in New England and because the balls on the playground were flat). Though I won’t be back at Henry Wilson Elementary with the kids I taught last year, the excitement of inspiring a new classroom of children at Gossler Park Elementary adds a whole new level of motivation for my second year. 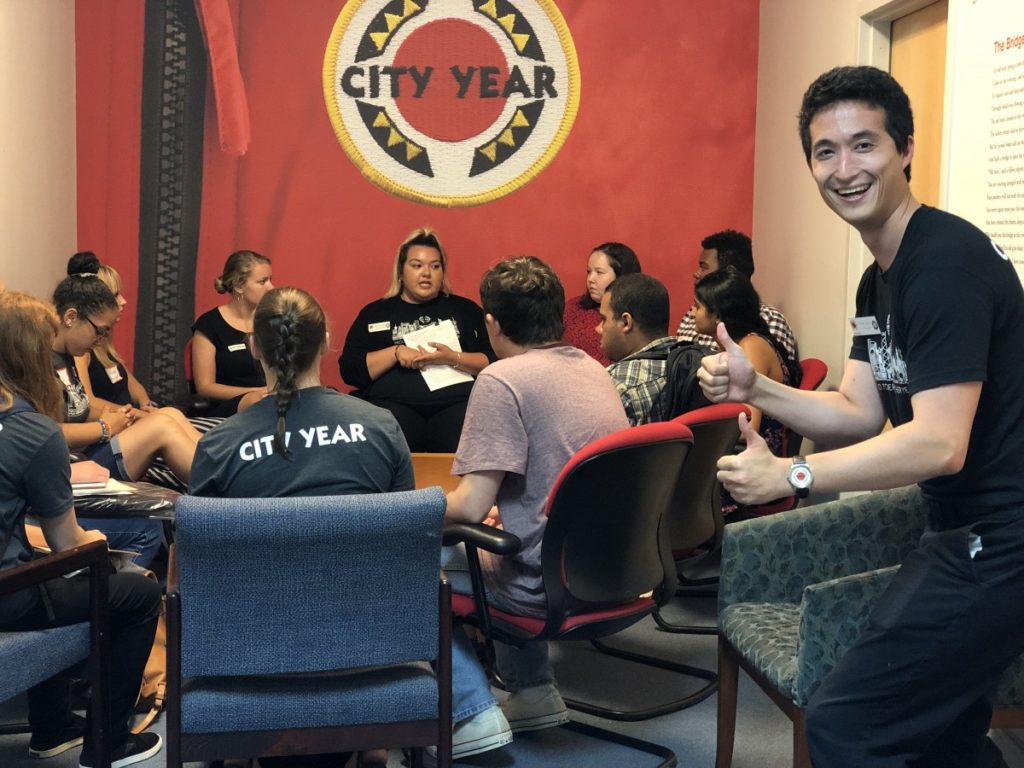 Just as I’ve had time to look back during my mandated vacation period between service terms, I’ve also had the opportunity to look forward. City Year taught me what it truly means to be a professional. Through regular feedback sessions and professional training programs, I’ve become significantly better at communicating, organizing and executing goals. As I’ll be returning and mentoring my own group of first year members as a Service Leader, I intend to polish these skills that City Year so graciously drilled into me.

More than that, I plan to eventually graduate from City Year as an agent of change. Prior to joining, I was of the mind that there would always be time to serve “later.” Consumed by the goal of becoming a doctor, I rationalized my priorities away from fighting inequity or seeking justice because I wrongly assumed that my skill set at the time wouldn’t be of much help. Going forward, I have no problem calling my previous notions, as my kids would say, trash. Dr. King explains it best by stating that “everybody can be great because everybody can serve,” and that everybody can make a difference if they have “a heart full of grace, and a soul generated by love.” Long after I’ve moved on from City Year, I’ll make sure to keep this in mind.