Each month as part of our alumni newsletter, we feature some of our amazing alumni and what they’ve been up to since City Year! 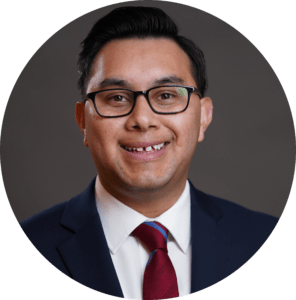 As a first-year team leader, Brandon served in CYGP’s Diplomas Now pilot program at the Feltonville School of Arts and Science and Jay Cooke Elementary from 2009-2011. After being a Content Coordinator for the Summer Academy team, he transferred to CYNH where he spent his first year as the office coordinator and later program manager for McDonough and Wilson Elementary Schools from 2011-2014.

Since leaving CYNH, Brandon has followed his passion for working in politics and serving Americans in a different capacity. Brandon has been fortunate enough to work for the Pennsylvania State House, Attorney General Josh Shapiro, and the DC consulting firm, Precision Strategies. In the 4 years between 2016 and 2020, Brandon has worked on 3 presidential campaigns, 2 congressional campaigns, one attorney’s general campaign. His campaign work focuses on fundraising and human resources.

After working on Biden-Harris’ Pennsylvania team as HR Director, Brandon now serves as the Director of Human Resources for the 59th Presidential Inaugural Committee (PIC). Americans watched the history-making inauguration of President Joseph R. Bdien, Jr. and Vice President Kamala D. Harris on January 20, 2021. The inauguration spotlighted the first woman sworn in as Vice President, a national COVID Memorial to honor the more than 400,000 American lives lost to the pandemic, and showcased an evening celebrating the American spirit by thanking our frontline heroes and enjoying the many talents the nation has to offer. While all eyes turned to the most anticipated national event that happens every four years, so much goes into making it a reality. Over eight weeks, Brandon led the strategic imperative of human capital as one of the first staff members on the team. From hiring and processing more than 260 full-time staff to facilitating health insurance and payroll, the back of the house processes were essential to the success of the inauguration itself. In his life after City Year, Brandon continues his passion for service and he sees his work on the Inauguration as a unique experience he was honored to play a role in. 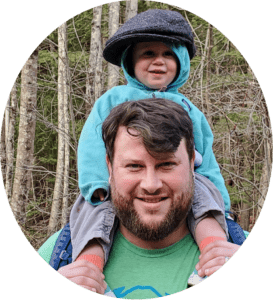 I served with CYNH as a Corps Member in 07-08, and then led a team of Corps Members in 08-09. After CY, I worked with Portsmouth Housing Authority, and Easter Seals before a stint in the restaurant biz. In March of 2015, I took a job with NH Coffee, because I wanted more time with my family and it offered better hours. After working in all aspects of the company, at the start of 2020, my brother and I bought out the former owners and we took over managing the operation. We are still kind of learning the ropes ourselves and are going through and trying to learn as much as we can from everything that happened last year during our first year as owners. While no longer involved in the non-profit world, I am always looking for ways to stay involved in service projects and my local community. Check out NH Coffee Roasting Company at www.NHcoffee.com. (pictured Nick with his daughter Rosie) 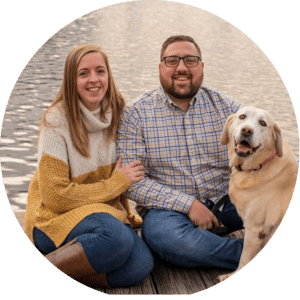 Happy New Year, CYNH! I hope the start of 2021 has brought some light and positivity into your life!  I, myself, have definitely kept busy since my year of service as a Beech Street Bobcat back in FY2013!  Due to the strong rapport I maintained with my partner teacher throughout my corps year along with my prior background in education, I took over her fourth-grade classroom the following fall as a long-term substitute.  The school then hired me full time, and I continued to teach fifth grade at Beech for 2 years before deciding to move to Baltimore.  I am now a tenured fifth grade Language Arts teacher at Grange Elementary School in Baltimore County.  During my corps year, I learned to be an advocate for my students, as well as advocate for myself as both a professional and person.  For the past year, I have been enrolled in a master’s program to pursue my M.Ed. in Reading Education at Towson University.  I also recently bought a house in the beautiful Locust Point neighborhood of Baltimore City with my fiancé who is a detective in Washington, D.C.  We are planning a COVID-friendly wedding at my family’s house in New Hampshire this coming June!  (pictured Nicole with her fiancé)