When the bell rings at the end of the school day, you might imagine students bursting out of their classrooms and running home, to their sports practices, or to their relaxed afterschool activities. But at City Year schools, many students head back into the classroom and sit down together to learn something that even many adults don’t know how to do: code. City Year AmeriCorps members are amazing at motivating students to achieve academic and personal success, to push through the hard moments and focus on their schoolwork, but surely even a City Year can’t get a room full of students to sit at a desk during afterschool and learn how to code. How do we do it? 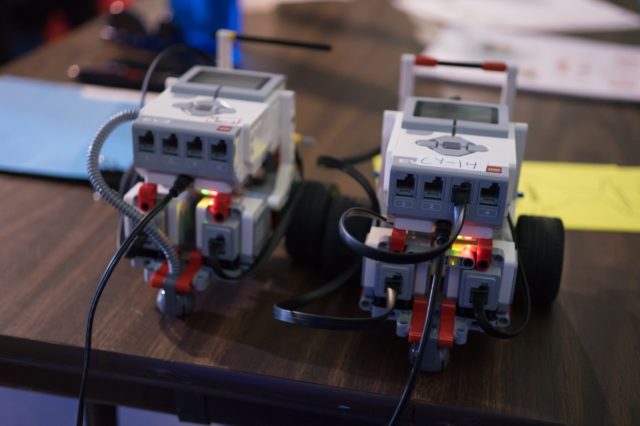 FIRST LEGO League is a national program that aims to increase youth interest in engineering and technology by exposing them to robotics and programming. FIRST itself stands for “For Inspiration and Recognition of Science and Technology” and was founded by New Hampshire’s own Dean Kamen and is based right in the Manchester Millyard. We at City Year New Hampshire have been fortunate to partner with FIRST LEGO League (FLL) for four years now, running afterschool clubs that challenge students to build their skills in both technology and teamwork. Together, FLL students and City Years build courses out of LEGOs, program their robots to complete challenges, and do research projects on the yearly theme. Additionally, students learn and practice FIRST’s two core values throughout the program: cooperation and gracious professionalism. As such, students learn how to be excellent teammates, deal with setbacks, and compete respectfully.

While students do eventually learn coding and teamwork skills, getting them there can be a challenge. I asked Hallsville FLL coach Margaret Dean what it was like bringing her students from knowing nothing about coding to programming their robots on the fly. “It felt like an uphill battle,” she answered, “but they really seemed to get it, and they really responded well to the ‘I Do, We Do, You Do’ model that City Year taught us. They seemed really motivated the closer they got to the goal, and so I tried to set sessions up in a way where there were a lot of small goals that they completed to get to a bigger goal so they would feel accomplished along the way.” City Year coaches thus spend months working with their young coders, week after week building on their skills as they build their robots and programs.

The FIRST LEGO League Exposition is the culmination of all those weeks of learning, practice, and planning. Students from the 8 Manchester schools that City Year serves gathered together on March 28th at FIRST Place in the Manchester Millyard to complete challenges, present their research projects on outer space, and meet Manchester high school robotics students with their more complex robots. Going into the exposition can be as nerve-wracking as it is exciting for students and coaches alike, especially when it comes to the programming challenge where students have to complete a whole mission. “I think what I loved most about it was the happiness my kids got when they did the surprise challenge,” Margaret told me. “They thought they were going to go into it with nothing, but I reminded them that I’d taught them all these skills. And then they applied all the skills that they learned and they completed the challenge in practically 10 seconds! They were so pumped!” 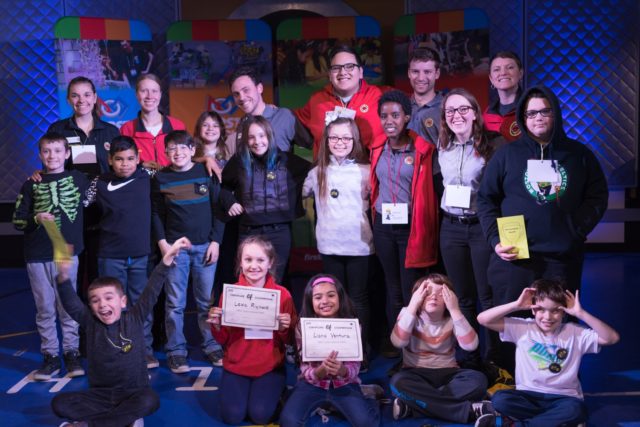 FIRST LEGO League does more than just teach students hard and soft skills; it can open up a world of possibilities for these inner city kids, showing them that no matter who they are or where they’re from, they can be accomplished engineers. Margaret herself is known for championing women in STEM, and when I asked her about her FLL group she immediately lit up. “It’s so funny, because the first afterschool session of FIRST was all girls, and they were fantastic programmers,” she told me. “Our star programmer, she loved it, and she brought her entire family to the exposition to show off her programming skills. She was like our head engineer. It definitely made me really happy to know that she was really passionate and into it, and at least I touched one student.”

Exposing students early to the possibilities that lay before them in life is essential to building the future we need. FIRST LEGO League shows us that Manchester schools aren’t just revolving doors for students; they are places where young people can explore their world and break through barriers. We at City Year are therefore honored to partner with FIRST LEGO League in this vibrant city, raising our next generation to be imaginative, compassionate, and confident thinkers and leaders. 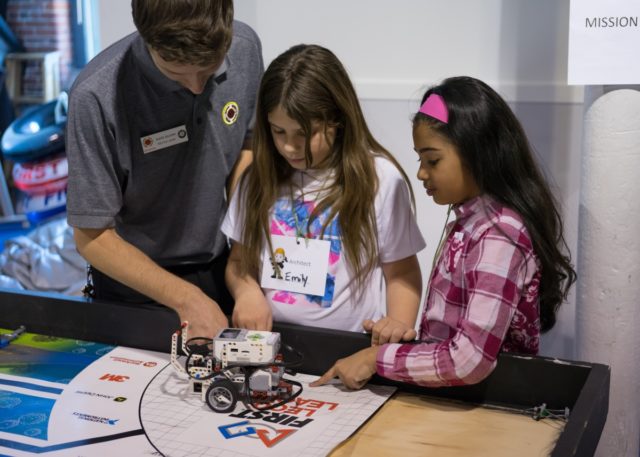