Giving up a 9-5 job to serve with City Year 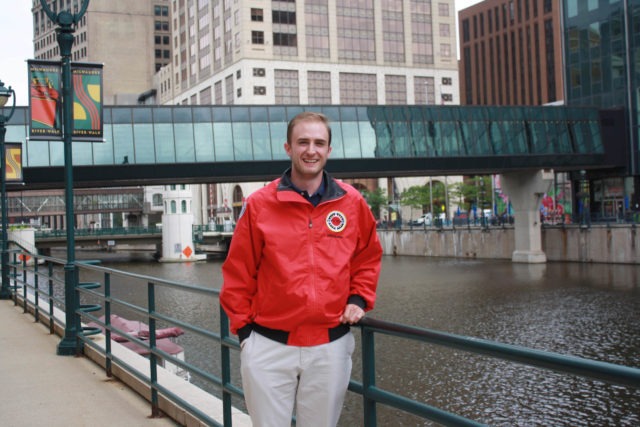 Bobby Richards took an unusual path to service. While many young adults apply to City Year directly after graduating from high school or college, Bobby was already a graduate of Xavier University in Ohio and was gainfully employed in the finance sector when he felt called to join City Year Milwaukee as an AmeriCorps member for the 2019-2020 school year.

Bobby was excited to join the workforce and began working for a bank in Chicago. His main role was to consult with companies and help them find ways to maximize their earnings.

“It’s funny how things change because I had the first couple of years of my professional career all planned out,” says Bobby. “I was going to work hard and build this career in finance but after about two years, I started to feel like the career I chose wasn’t for me—like maybe there was a different path.”

He started to look for new ways to engage with old interests—like working with kids. Bobby had always been the go-to neighborhood babysitter and during high school, he participated in afterschool programs, helping to coach his old grade school basketball team. Drawing on those experiences, Bobby first thought he might apply to a post-baccalaureate program in preparation for medical school. The idea of becoming a pediatrician appealed to him and he even began shadowing at a pediatrics practice where his mother worked as a nurse.

Just as Bobby was getting serious about exploring alternative career paths, he was invited to participate on a panel talking with City Year AmeriCorps members about his work in the finance sector. Panels like these are part of City Year’s work to introduce corps members to diverse professions and help them develop valuable networks and career readiness skills. Leading up to the panel, he decided to do some reading about City Year and national service to prepare.

“When I finally looked up City Year, it really grabbed my attention. Here was an organization that was not only focused on helping students academically but also put emphasis on building relationships,” Bobby says. “To me, that’s what made it stand out. That’s what made it special.”

Bobby talked about his job search, gave tips for networking and discussed what the workforce was like for a young professional. Afterwards, he attended a networking lunch where he had the opportunity to chat with AmeriCorps members about their service experience.

“I was standing with a group of corps members and all of them had such amazing plans for the future. There were people who planned to go to law school, others who wanted to pursue a master’s in social work and folks who talked about deferring the start of medical school to do a year of national service,” Bobby says. “I honestly was blown away and so inspired. I felt like they were the ones who should have been on the panel, not me!”

Bobby took the rest of that networking lunch to learn more from the corps members about their experiences in the classroom. After the conversation was over, he felt sure about his next steps—the next day, he went to the City Year website and applied to become an AmeriCorps member.

From application submission to acceptance, the entire process moved quickly.  It took about two weeks and at the end of his short wait, he found out that in the fall of 2019, he’d be serving with City Year Milwaukee. He broke the news to his team at work and though they were surprised at Bobby’s news, they were supportive and happy that he decided to pursue something that he felt was important. 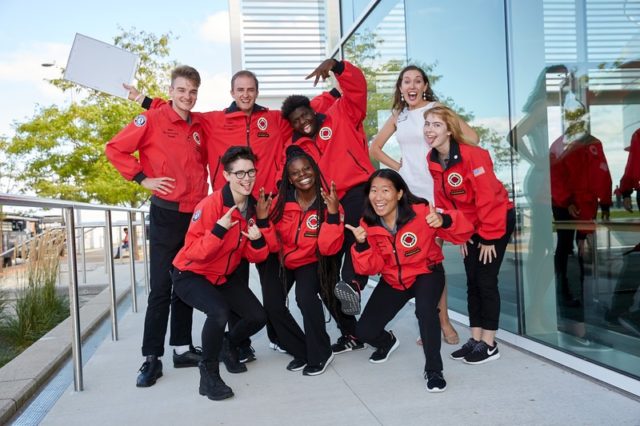 From banking to service

Before starting service, Bobby had never worked with students in a classroom setting. He quickly learned that his new reality would be very different from his 9-5 job at the bank. His days started at at Clark Street School started at 7 a.m. when his team gathered to discuss their schedule and plans for the day in a quick meeting called First Circle. Then, it was time for Morning Greeting, where his team cheerfully ushered students into the building for a day of learning. After joining his students at breakfast, he used their first period to lesson plan and organize his materials for class.

Check out the joy and energy of morning greeting.

Bobby then served in a classroom of approximately 30 sixth graders alongside his partner teacher Ms. Young. Throughout the day he’d work with small groups of students to support their math and literacy skills.

“My days in the classroom were definitely different than my days at the bank. There were earlier starts and longer hours and I had to learn to roll with the punches,” Bobby explains. “When I was at the bank, all of my days looked the same. But at Clark Street School, each day was a new experience and that’s such a beautiful thing. I really grew to love it.”

“I wanted our relationship to be built on mutual trust and accountability, he says. “That was really important to me and I sensed that it was important to my students as well.”

Just as Bobby and his students seemed to fall into a rhythm together, they had to leave school due to growing concerns over the COVID-19 pandemic. Like all City Year AmeriCorps members serving in schools across the country, it was a huge shock for Bobby. Though necessary for the health and wellbeing of the entire community, it was disappointing to have to leave students after spending months building meaningful relationships.

Bobby’s last day was bittersweet as they had planned to recognize Pi Day which celebrates the mathematical concept and number 3.14. The team had a day full of fun and creative math activities planned for their students. But they also planned to celebrate the success and progress their students had made throughout the year in their standardized math scores.

“When I think about that last day with my students, I just remember that it was such a beautiful afternoon. There was so much joy and so much laughter,” Bobby says. “It was one big celebration because we knew how hard our students worked to raise their math scores.”

The next day—Friday—while Bobby and his fellow Milwaukee AmeriCorps members were out of the classroom and participating in a day of professional development, they got the news that their governor would close all schools starting that Monday.

“On one hand, you’re sad and disappointed that you have to leave your students so abruptly,” Bobby says. “On the other, I couldn’t have thought of a more special way to have ended my service in schools.” 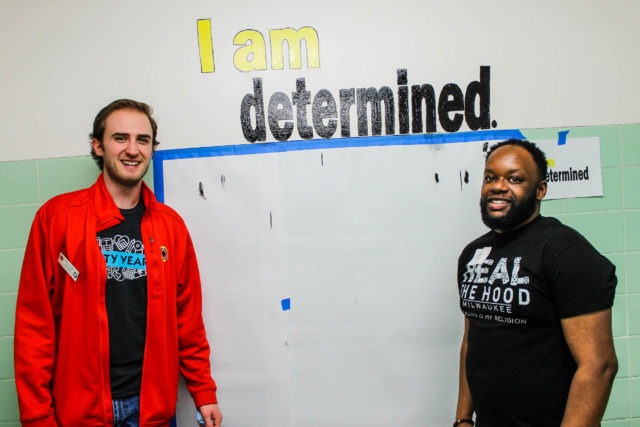 Planning for the future

Since March, City Year AmeriCorps members serving across 29 U.S. cities have made the transition to virtual service. Because the school districts we serve are so diverse, virtual service has looked different across sites and even teams. For Bobby and the rest of the City Year Milwaukee corps, the staff has focused on hosting thoughtful professional development opportunities, with a focus on helping corps member with their Life After City Year, or LACY, plans.

So far there have been panels with lawyers from local law firms, consultants from Deloitte—a City Year partner—and local community leaders. In additional to hearing directly from professionals, corps members have also been provided with structured time to work on resumes, job or college applications and cover letters. Bobby, now on the other side of the LACY experience, has used this opportunity to reflect on his whirlwind of a year.

“I could never have expected that this is how I would end my service. But even through all of this, I still wouldn’t change my experience for anything,” Bobby says. “I’ve just learned and gained so much and though I miss my students, I’m thankful for every second I had with them.”

Bobby plans to join many City Year alumni who continue their national service journey. He accepted the invitation to serve with the Peace Corps as an English teacher in Colombia. Though tentative, due to the COVID-19 pandemic, his departure date is set for this fall. Bobby credits City Year for his decision to continue on to another service program.

“I’ve only ever traveled out of the country once! But City Year had a huge role in nudging me in this direction,” he says. “It instilled in me a love for national service and I’m so happy and grateful that I get this opportunity to continue to foster that.”

Here’s more on a City Year alum who went on to serve in the Peace Corps.

While Bobby is looking forward to his LACY plans, he still keeps his students in mind. He thinks about them often—wondering how their virtual learning is going, if they’re staying healthy or if they’re missing their friends from school. For him the departure from the classroom didn’t mean that he stopped caring. In fact, when it’s safe enough he plans on visiting his students.

“If could tell my students a few things right now, I’d ask them to continue to strive to make the most of their education; to continue all their hard work and even though I understand things are challenging, I’d remind them to never give up,” Bobby says. “And finally, I’d want them to know that I miss them beyond belief and that their bright personalities made every day a gift.”

If you’re like Bobby and looking for a meaningful way to spend a year or more, consider applying to serve with City Year.

Your ballot counts! Help City Year bring together educators to discuss how to prioritize anti-racist research strategies in education.