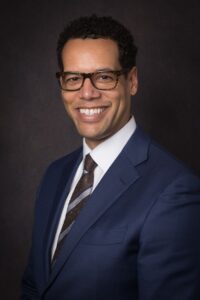 Dr. Tupponce comes to City Year from the School District of Philadelphia, where he most recently served as assistant superintendent, managing and leading a portfolio of 20-40 educational sites and 300-500 employees, overseeing $90 to $150 million in funding, promoting transformational outcomes, and increasing student achievement. During his time at the School District of Philadelphia, Dr. Tupponce was a close partner to City Year, having brought City Year AmeriCorps members into many of the schools in his portfolio.

“I am thrilled that Dr. Tupponce will be adding his unique skills, leadership and experiences to City Year,” said Jim Balfanz, CEO of City Year. “As a career-long advocate for educational equity, he seeks to support and empower the communities he serves, and his leadership exhibits great balance and range, blending trust, relationship building and collaboration with data, objectivity, accountability and decisiveness.”

A native of Bronx, New York, Dr. Tupponce began his career as a teacher and has held other leadership roles in school systems in Virginia and in Philadelphia, including as a school principal and executive director. He earned a bachelor’s degree from The College of New Jersey, a master’s degree from The College of William and Mary and a doctorate from the University of Pennsylvania.

Dr. Tupponce will start his new role at City Year at the end of this month and will be relocating to Boston early in 2021.

Learn more about City Year AmeriCorps service in Cleveland and the ways in which student success coaches find housing in...

City Year today announces a landmark investment in its work to expand educational equity and nurture the next generation of...

City Year has completed a wide search to find the most qualified, committed and diverse group of executives, selecting the...