The Impact of Affinity Groups 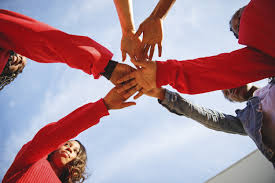 Does the term “affinity group” mean anything to you? In case it doesn’t, affinity groups are gathering opportunities for people who may share a common interest or identity. Over the past few years, City Year has grown their culture to be more inclusive and intentional while continuing their work to impact the communities where we serve. City Year established national affinity groups in 2020 as a place for AmeriCorps members and staff to talk about topics that may affect different individuals with similar backgrounds. Currently, City Year has developed a total of seven affinity groups: the LGBTQIA+ affinity Space, National Black/African American affinity group, National APIDA (also known as Asian, Pacific-Islander, Desi American), Native/Indigenous affinity Group, National Anti-Racist White Learning series (ARWLS), and the Mi Gente affinity Group; formerly known as the Latinx Affinity Group. Although site led affinity groups were established before the COVID-19 pandemic, we have seen them become more successful once we moved to working virtually. They’ve become successful due to the opportunities of share-outs and support from others in communities across the nation. Just when you may think you’re facing challenges on your own, someone is there to push and encourage you to remain positive through it all.

Affinity groups give AmeriCorps members, and even staff, a safe place to process what is going on around the world. During our service year, sites don’t have a chance to interact with one another, unless they have a service project collaboration. By enabling people to attend these groups, it also allows for staff and AmeriCorps members from different sites to meet one another and share their experience. Even though groups are held virtually, it’s a way to bring people together in these unprecedented times.

I am involved with and feel the most connected with the LGBTQIA+ affinity space and  Black/African American affinity group and the culture in both groups has exceeded my expectations tremendously. I came into those spaces not really knowing what to expect, but I was willing to keep an open mind. Being inside these spaces allows me to not only get to know others, but to also share my experiences. Not every session is the same; some sessions are designed to feel safe, others are a place to be vulnerable, while other sessions are full of fun.

I’m not only an African American male, but also a transman of color. The world isn’t always kind to people who identify in the LGBTQIA+ bracket. While attending the LGBTQIA+ affinity group, I find myself speaking up a little more each meeting. Even though most of us have different backgrounds, we’re all connected in some way. We’ve come together as a group to realize the influence that occurs between generations. Breakout groups have played a major role in moving towards inclusion. There’s a variety of topics discussed that many of us can relate to. I recently attended the Black/African American affinity group talent show and it was very powerful! So many AmeriCorps members from different sites shared their work, such as spoken word, artwork, and a few singers performed as well. Each session I’ve attended, I have left feeling overwhelmed with joy due to how inclusive and welcoming those spaces came to be. One of the most meaningful topics we have spoken on in our breakout groups were about dealing with intersectionality during different times in our life’s. Everyone was able to share their individual situations and ways they overcame adversity.

I never would’ve expected to be a part of an organization with so many powerful core values and they are manifested through sites across the country. Being a part of City Year’s culture has allowed me to become more vulnerable and open up more about my experience in life as an African American male. At times it’s tough to listen to the news or the radio due to negativity, joining these affinity groups gives me a lot of hope for communities around the world. 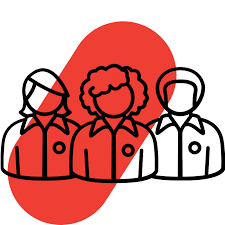