Whether it’s the food, scenic parks, accessible art, abundant American history or loyal sports fans, Philadelphia is the place for you. Ranked as one of the top ten happiest cities for young professionals, you’ll definitely want to consider making The City of Brotherly Love your next home. Keep reading to learn more about our top 10 reasons to live in Philadelphia.

Foodies will have to see for themselves what all the hype is about by trying the Philly cheesesteak—with its mouth-watering crusty role, sautéed rib eye beef, Cheez Whiz and the option for onions, it’s no wonder this local dish is world-famous.

Speaking of world famous, Reading Terminal Market, founded in the late 1800s, is a popular food hub with over 100 vendors and has every type of cuisine you could possibly imagine.

If you’re craving some dessert after all that, get a scoop at Bassett’s famous ice cream, the oldest ice cream vendor in the country. Visit Shane Confectionary, America’s oldest candy producer, or try a Pumpple cake—a multi-layered cake with two pies inside—from Flying Monkey Bakery.

Nature enthusiasts will love to take a walk-through Philly’s gorgeous 9,200 acre Fairmount Park or take a picnic at Schuylkill River.

You can also get outside to explore the bridges and piers along the Delaware River waterfront. Stop by Spruce Street Harbor Park to catch free live music performances, play bocce, ping pong or shuffleboard and take a rest in one of the many hammocks. At night, be sure to check out Boathouse row, a stunning, twinkling light display along the river.

A city of firsts

You’ll have plenty to brag about living in the city of firsts. Philadelphia is home to the first zoo, the nation’s first medical school, the First Bank, established in 1791 after the Revolutionary War, and the President’s House where the first president, George Washington, lived.

If you love art, you’re in luck! Run up the Rocky III steps at the Philadelphia Museum of Art and see over 400,000 works of art. There is free admission on the first Sunday of every month and also every Wednesday after 5 p.m.

Visit The Barnes Foundation, one of the most unusual art museums in America. The museum is free on the first Sunday of every month, and check out the Institute of Contemporary Art, which is always free.

On a nice day, you can also view a plethora of public outdoor art. Check out Philadelphia’s Magic Gardens, where colored glass and shards of broken pottery are embedded into the walls and nooks of the building. Take a selfie in front of the Love Statue and go on a self-guided walking tour of the city to see more than 4,000 murals. 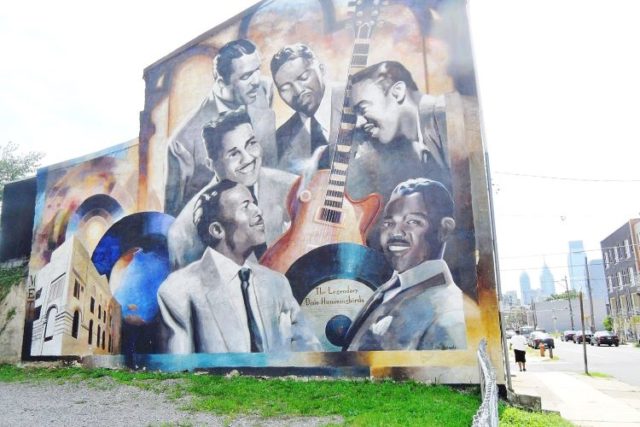 Philadelphia’s location is ideal—central enough that it rarely gets too hot (highs in the 80s) and it never gets too cold (average temperature during the year is 55 degrees). Plus, natural disasters like fire, tornadoes and hurricanes are extremely rare.

The music is diverse, local, and inexpensive! The Curtis Institute of Music, one of the country’s best music schools, puts on free concerts three times a week from October – May.

If you want to catch your favorite artist, head to The Mann Center for the Performing Arts, one of the coolest outdoor venues in the country with seating capacity over 14,000. The Mann Center has recently hosted everything from the American Ballet Theater to Lana Del Rey. You can also check out the longest-running drag show in the city at Bob & Barbara’s every Thursday evening.

Some of the most loyal sports fans

Philadelphia fans are among the most loyal. Sing along to the famous football fight song “Fly, Eagles Fly” while cheering on the Philadelphia Eagles or visit the #1 vegetarian ballpark in the country to watch the Philadelphia Phillies play.

If you’re an American history nerd, this is the city for you. Between the cobbled streets, iron hitching posts, carriage houses, wood-frame storefronts and Elfreth’s alley, the oldest residential street in the country, you’ll get a taste of American history. Take a free self-guided tour of the United States Mint where coins are stamped by the tens of millions each day. Visit the Betsy Ross House, to see the famous home of the woman who made the first American flag, and don’t forget to stop by the Liberty Bell.

If you love museums, visit the National Museum of American Jewish History, with a collection of more than 20,000 artifacts, and the African American Museum, which celebrates African American heritage through history, art and stories. 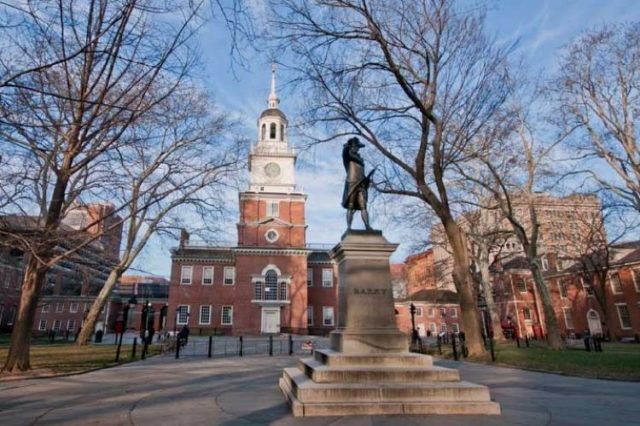 Easy to get around

It’s hard to get lost in Philly. The North-South streets are numbered and the East-West streets are named after trees. Plus, the city is very walkable thanks to founder William Penn’s simple grid design and the five beautiful public squares spread out throughout the city—Franklin, Washington, Logan, Rittenhouse and City Square.

If you’d rather bike, Philadelphia is one of the most-bike friendly cities with 440 miles of dedicated bike lanes and more than 1,300 bikes you can rent from the popular bike share program.

Plus, there’s a great subway and bus system. You can easily hop on the regional rail to get outside the city and visit the surrounding area.

Ready to serve with City Year? Connect with us today: