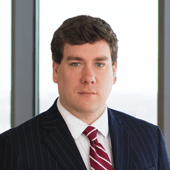 “I think the most pressing issue that any kind of political system has is how to educate people; specifically, as it relates to primary and secondary education,” Nolan shares. “City Year’s model of introducing extra hands in the classroom is one of the best things you can do to support both teachers and students who work so hard.”

Still Nolan admits that, for someone like him, his involvement with City Year also comes with a hint of envy.

“I really wish I’d served with City Year or another organization like this one. I’m always amazed that the young people who serve have the foresight to give a year of their lives for the betterment of others. It’s such a great thing.”

While Nolan’s opportunity to serve as a corps member has passed (if you’re between the ages of 18 and 25, you can apply here!), his service with City Year Philadelphia is nevertheless celebrated. After becoming involved in 2010 through his employer, Drinker, Nolan became one of the founding Co-Chairs of CYP’s Associate Board in 2012.

“From the very beginning, Nolan was always so intentional in learning about CYP and being involved,” says Kyle Casey, Senior Director of Individual Giving and a CYP alumna. “He worked really hard to learn about our work and how to intentionally connect his own interests — as well as Drinker’s interests — into our mission.”

“As we were growing this young professional’s board, he was an easy choice to be one of our first two Co-Chairs.” Casey continues. “He’s an authentic leader who people can relate to and look up to.” 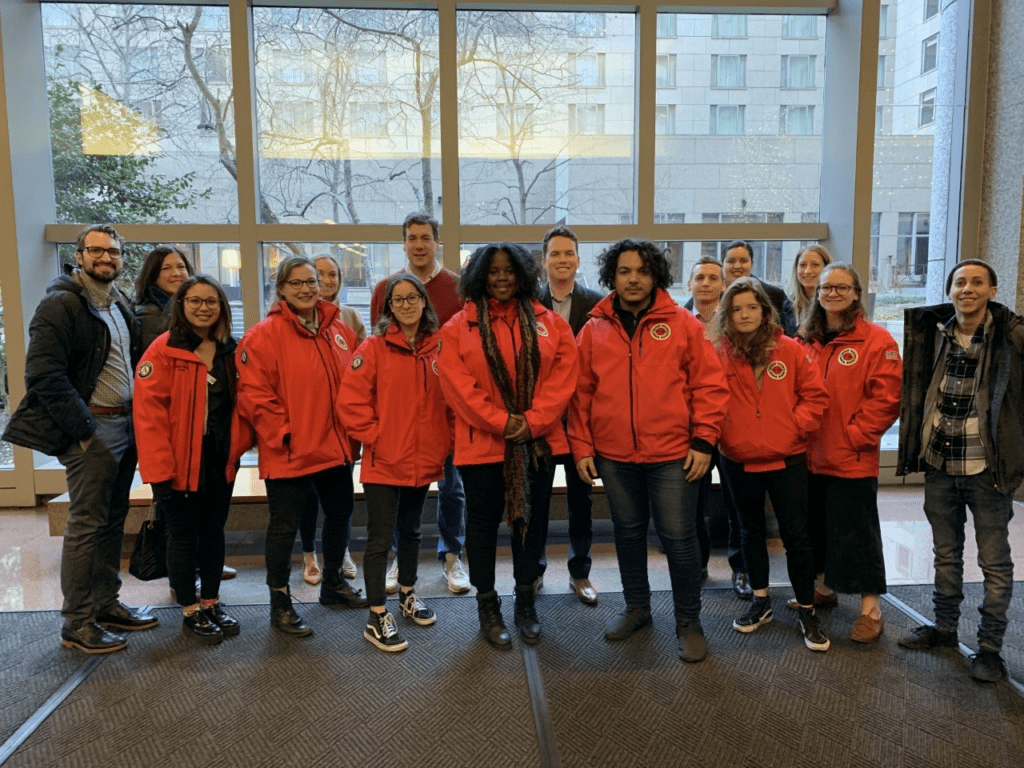 How did you come to learn about and get involved with City Year?

My sister was a corps member in the 2008-2009 school year at Olney High School. When she applied after finishing college at Georgetown University, that was the first time I’d heard about it. I learned a lot about the program while she was an AmeriCorps member. Then, in 2010, I joined Drinker. The partnership between Drinker and City Year Philadelphia was already an established relationship when I joined the firm.

Did you serve with City Year?

No, unfortunately. I really wish I’d served with CY or another organization. It’s such a great thing yet it’s not something I wasn’t mature enough to appreciate when I was 18-24.

It’s hard to have the maturity to understand how enriching a year of service can be when there’s so much pressure to get a job and start a career, but instead taking a year out to serve. It’s so impressive to me that our AmeriCorps members have the foresight.

Tell us about your role as a board member today.

I serve on the Associate Board which was founded in late 2012 early 2013 specifically for engaging young professionals with City Year’s work. I was a founding member and one of the first two Co-Chairs. Since inception, it’s grown to an organization that routinely raises $30,000 to $40,000 a year for City Year. Members include young professionals from other organizations and corporate sponsors throughout the city. It’s been a terrific experience as I’ve gotten to know a lot more about other organizations and made a lot of connections with young, smart, and caring people. I often think about the time when CYP asked me to be a founding member and I took the opportunity. I look back on that now and I’m grateful for what we’ve accomplished.

You also serve on the Site Board.

Yes, for the Site Board, I serve as the liaison to CYP’s Associate Board. I’ve been in this role for a year and a half.

What else does your role on the Site Board entail?

I lead the Government Relations Committee. It’s been a learning curve to me because I’m relatively new to the board and to take on a sub-committee has been a challenge. I think I’m getting better.

Arlin Green was the immediate past Co-Chair but now is Chair of board at-large. He’s been a great help and support to me in stepping into this role. But I enjoy getting to meet those involved and on the board in government and policy. I love discussing the relationships we have, how to build them, and how to increase our prominence among elected officials in Philly and throughout the Commonwealth of Pennsylvania.

What are you most excited about or looking forward to in the work the board is doing?

I’m most looking forward to continuing to build our presence among legislators in Harrisburg. Continuing to build knowledge and awareness among that group of public officials is really exciting. The PA state legislature is where our committee has decided to focus, and we have impressive people with great connections.

Why City Year for you? Why do you support this organization?

Honestly, I think City Year has the right model. First of all, just consider how significant a year of service is. I think we should move toward a model in education where people are incentivized whether it’s to do City Year or Peace Corps or armed services. I think the most pressing issue that any kind of political system has is how to educate people primary and secondary education. I think that the model of City Year introducing the extra person in a classroom is one of the best things you can do to support teachers who work so hard and give kids who may be struggling a person to talk to. Sometimes it’s all our students need from a support, social, or academic perspective. 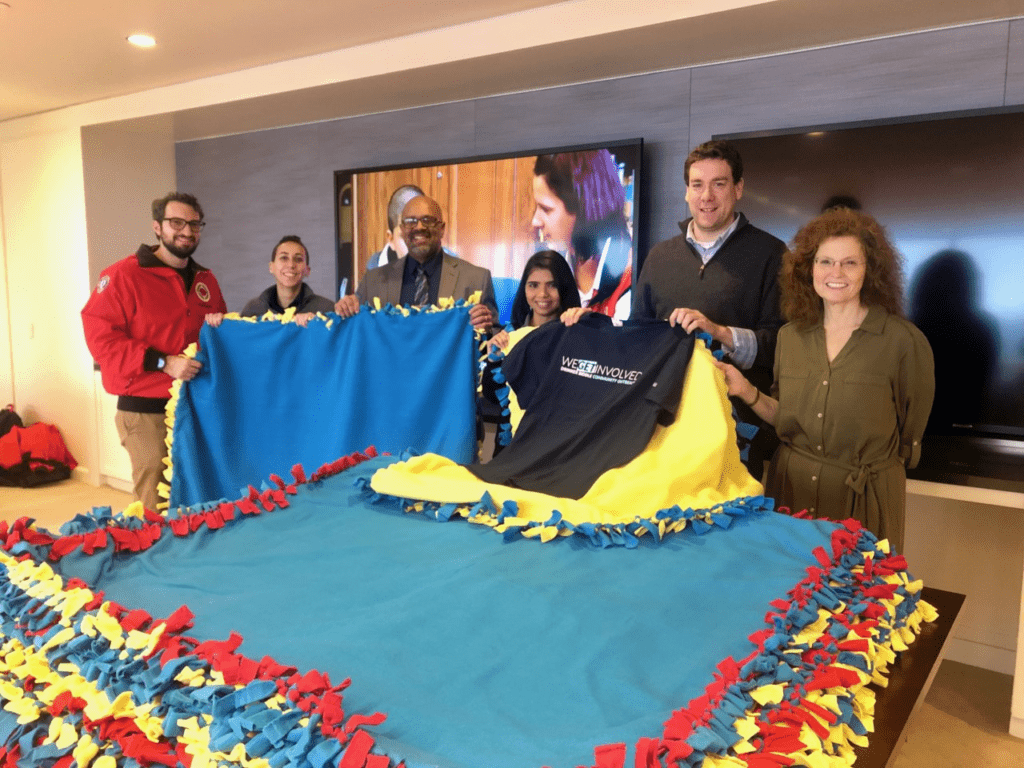 When you think of City Year, what are the first thoughts that come to mind for you?

To me, it’s adding resources to our public school system. The other thing I try to talk about is the afterschool programs City Year does which I think any working parent can relate to. As a parent of two kids with a spouse who’s also a full-time professional, having the ability for our daughter to stay at our public school is invaluable. Having a free afterschool option is so critical for the enrichment of kids, but also economic benefit of parents.

Let’s switch gears a bit and discuss City Year’s partnership with Drinker. How long has the partnership been in place and what does it entail?

I joined the firm in 2010 and the partnership was already in place when I got there. I do know it’s been the most significant part of our local philanthropic spend in the 10 years I’ve been here. For a firm founded in Philly, we know how important the education of the next generation is and that it will build a thriving diverse city that benefits the long-term.

What is your title at Drinker and what does your role involve?

I’m a Partner and my role is to represent life- and long-term insurance companies in product development. This involves everything from regulatory compliance to dispute resolutions.

How are Drinker’s employees involved in the partnership with City Year?

We have about 500-600 employees in the Philly office. Over the course of 10 years I’ve been here, I’ve seen hundreds participate in City Year service days, school tours, served as mentors to AmeriCorps members, participated in lunches to further the City Year relationship, and more.

What are some of the initiatives taking place this year?

Every year we do a mentorship program where a Drinker lawyer or professional is paired with an AmeriCorps member and serve in a mentor/mentee relationship over the course of the year.

The past five years, our annual supply drive has been an initiative we’ve done with the AmeriCorps team at Thurgood Marshall School. Every holiday period, we collect school supplies and send those over.

Then we do a school tour every year to Marshall where we visit the school and meet the principal and corps members and learn about their day-to-day.

In the past, we’ve also done service days at Drinker and we’ve joined in for the annual MLK Day of Service and Comcast Cares Day.

Given your history and personal involvement with City Year, what highlights stand out to you?

Looking back on it all, I’m proud of our efforts to start, foster, and grow the Associate Board and the impact that board has had. I’ve never really started out on the ground floor of something and have it turn into something as significant as the board has been. I’m very proud of our work there. Looking ahead, I’m optimistic about our opportunities to expand our awareness of CYP in the PA legislature. We hope to make inroads in the Spring and have an even more successful year in 2020-2021.