Left: Lisa Parladé’s current headshot. Right: Lisa and some of her fellow AmeriCorps members from the Morrison School Team at their Graduation end-of-year celebration.

As both a native Philadelphian and a member of a family of teachers, Lisa Parladé (‘10) became aware of City Year Philly long before she would put on her own red jacket. During CYP’s inaugural year in 1997-98, Lisa’s mother worked with an AmeriCorps member in her classroom. Lisa reflected, “I remember her talking about [the Corps member] becoming such an integral part of that classroom dynamic that it was as if I knew him by extension as well.”

Lisa decided to serve with City Year during a major life crossroads in order to give back to her beloved city. After completing her service year as a Team Leader at Andrew J. Morrison School, Lisa pursued a career in higher education, first working in residence life and student affairs before switching to academic advising. In May 2021, Lisa began her current position as Associate Director of Advising at The Wharton School of the University of Pennsylvania.

Lisa is proudly Latinx-identifying and is involved with Lambda Theta Alpha Latin Sorority (the first Latina sorority in the country, with chapters nationwide and in Puerto Rico). As an academic advisor, Lisa is passionate about improving higher education success for Latinx and underrepresented student populations. She is currently pursuing a PhD in Higher Education Administration at Morgan State University, and her doctoral research focuses on how Latinx sororities and student associations can help promote academic achievement.

Read our Q&A with Lisa to learn more about her experience serving with City Year and her career path since! 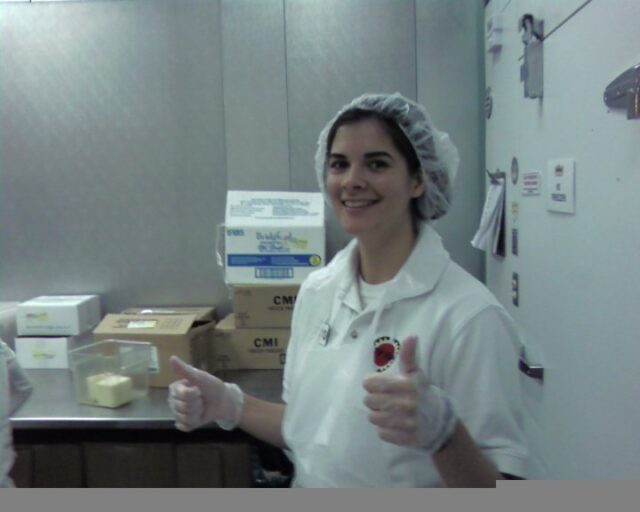 Lisa at a community service day at MANNA.

What did you enjoy the most about your time as a City Year Philly AmeriCorps member?

Out of all the things I enjoyed about being a Corps member—and there’s a lot!—the aspect I liked the most was being a part of an entity larger than myself. This was really brought to the forefront on Fridays where we would come together as one united Corps and do our PT [Physical Training, similar to Power Greetings] at City Hall, flooding the city with red jackets and then dispersing to our different school locations and engaging in service. I still have very vivid memories of community members getting excited and interacting with us, which I think is ultimately the purpose of City Year—of us aligning ourselves with community members and working towards the community’s goals or missions.

How did your time serving as a Corps member prepare you for your current role?

Looking back at my time as a Corps member, I had amazing opportunities to engage in real-world experience and take on a lot of responsibility. City Year was very much a vehicle for allowing us to take our ideas and passion and turn them into action. My fellow Corps members and I rallied our school communities and partnered with the District Attorney’s Office and other stakeholders to organize a Walk for Peace event—the first of its kind—and we also partnered with the Free Library of Philadelphia to bring community resources to students and their families.

Thinking back, it’s kind of mind-blowing that I was able to do these things as a 22-year-old. At the time, I didn’t fully realize the extent to which these opportunities would shape my eventual career. Things like running meetings, overseeing budgets, managing conflict, and communicating effectively all very much transfer to the higher education arena, especially in my first job in residence life. 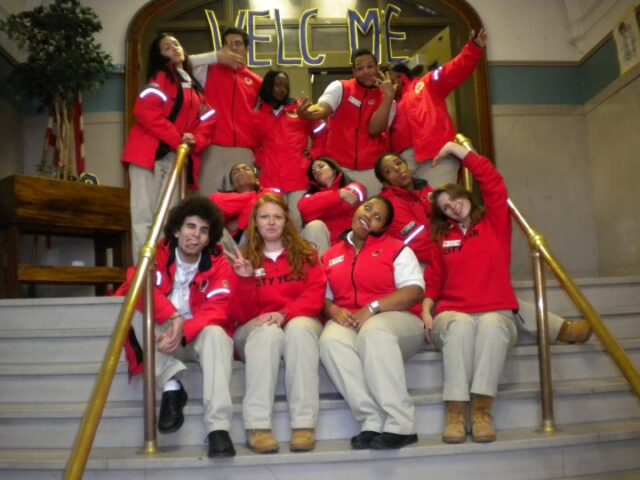 The Morrison School team posing on the main staircase foyer.

In honor of National Hispanic/Latinx Heritage Month, we’d like to ask you about your work in higher education success for Latinx and underrepresented students. How did you become interested in this work, and what do you see as the challenges to address, as well as the greatest opportunities?

I got into my career as a higher education practitioner as a direct result of my own lived experiences as an undergraduate. Most people who have attended college know that these institutions are often mired in bureaucracy, but for first-generation college students, it can be especially hard to navigate. Looking back, I had tremendous good luck in having a strong support system that I could lean on for guidance, but a lot of my Latinx peers from freshman year were not there with me at graduation. Enrollment for Latinx undergraduate students is at a historic high—which is awesome—but the research shows that these students are not graduating at comparable levels four, or even six years later, which is the national average. I was prompted to go into academic advising to be able to help demystify a lot of these academic barriers for Latinx and underrepresented students.

I also realize that these micro-level interactions are not as impactful as if I could help to influence policy or research at a larger level. I’ve been engaged in doctoral studies on this subject, specifically looking at how spaces like Latinx sororities and student associations can promote some of these academic achievement measures, such as persistence to graduation. These spaces have existed since the mid-20th century when Latinx students started to enter higher education in significant numbers, but the institutions were not set up to genuinely support the success of Latinx students—and I would argue, in a lot of ways, they still are not to this day. There’s already some literature out there that supports these ideas, but I hope that my research can one day serve as validation for why these spaces are really valuable in uplifting Latinx students, and hopefully getting them to the ultimate goal of graduation. 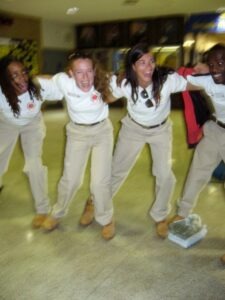 Lisa with her fellow AmeriCorps members during a team circle—one of her favorite parts of City Year culture!

What does educational equity mean to you?

Educational equity really considers reconciling the hard and uncomfortable truths that exist in our society, in terms of hundreds of years of oppression of a majority of peoples for the success and benefit of a small minority, and making good on affording tangible opportunities for those who have been historically denied them. And while many of those barriers have improved, a lot of the legacies of oppression persist.

On a perhaps more radical level, educational equity also involves undoing some of the standards that have been set up by majority groups as a benchmark for measuring the “success” of other groups—particularly folks that have been historically marginalized or oppressed. I recently heard the term “global majority,” and I really liked that expression rather than calling folks “people of color” or “minorities.” That’s a tangible example of using cultural relativism—understanding what success means to different communities instead of imposing our own metrics. 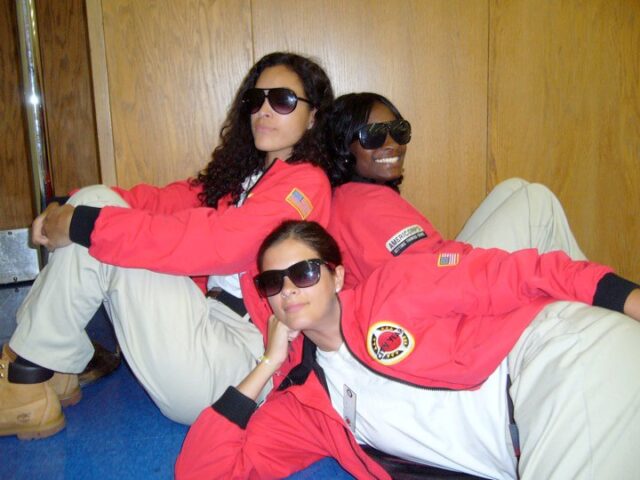 What advice and words of encouragement would you give to current AmeriCorps members and those who might be considering serving with City Year?

As simple as it sounds—particularly for folks who are considering serving and might be on the edge—just do it. It’s a great opportunity, this is an amazing city. A lot of Corps members are from the Philadelphia area, and this is a great, tangible way to give back. From a professional standpoint, there are a lot of benefits that you take away from the experience that you can apply to the next step in your career.

I think it’s so important for young people to have this intentional engagement of—as I said earlier—being a part of something larger than yourself. The pandemic has really shown us that, as a society, we struggle when we’re in this very individualistic mindset. But when we are cognizant of ourselves as integral members of our larger community, that’s when we thrive and can get through challenging situations like this.

What are some of the best ways for CYP alumni to stay connected to and engaged with service?

I think the easiest way is to pick one way to get involved with City Year each year and commit to it. For me, that’s participating in MLK Day of Service—even when I lived in Maryland, I would invite my sorority sisters to attend MLK Day with City Year DC and we would make a day out of it. People have busy lives, but we can all commit to putting on the red jacket one day of the year and reconnecting with service, and reminding ourselves of the roots of why City Year was a part of our lives.

City Year Philly is currently accepting applications for our mid-year term of service! This full-time role begins in December and continues through the end of the school year in June. Learn more and apply: https://www.cityyear.org/apply-now/.

What’s next after City Year Philly? A LACY interview with three 2021-22 AmeriCorps members

City Year Philadelphia (CYP) is currently hiring full-time mentors and tutors to serve in schools during the 2022-23 academic year!...