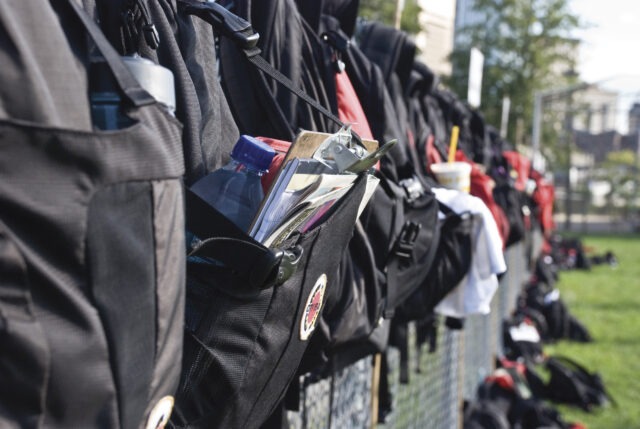 Growing up in Miami, Björn Sveinsson always knew he wanted to help others. At first, he thought he would be a lawyer—or maybe even a judge—but early on in his educational journey, he realized that he wanted to be a clinical psychologist. After receiving an associate degree from Miami Dade College, Björn enrolled as a psychology major at Florida International University (FIU), graduating in 2019.

“In my personal time, I love trying to understand how people process the world. The psychology program just made so much sense for me and I enjoyed all the classes I had in my major,” Björn says.

As he prepared to graduate from college, Björn was anxiously thinking about his next steps. He had already applied to graduate school programs when he received an email from his university about job opportunities—and City Year was one of them.

“I had never heard of City Year before reading that email,” Björn says. “But I saw that they were looking for people interested in being mentors, supporting student learning, and most importantly—for me—someone who was interested in social-emotional development and behavior.”

Björn was interested and excited to learn more so he put in his application to serve with City Year Miami. A few weeks later, he recieved his acceptance letter to City Year and Albizu University’s Mental Health Counseling graduate program on the same day. He decided he wanted to do both, even though serving and school are both full-time committments.

Björn’s whirlwind year began the day of his college graduation ceremony, which also happened to be the same day he started City Year’s Basic Training Academy.

“I jumped out of that gown and switched to my City Year uniform and headed off to start my service,” he says. “I had no idea what I was getting myself into. But I showed up and went into it with an open mind.” 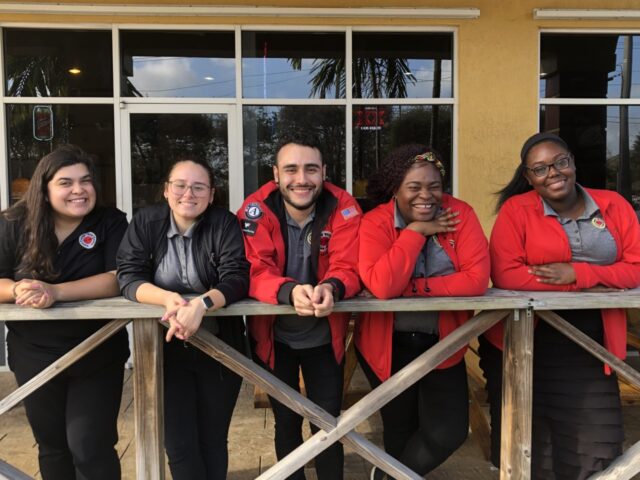 Björn was placed on a team of five other City Year AmeriCorps members at Redland Middle School in South Miami. Only 15 minutes away from his home, it was a community he was familiar with and comfortable in.

Like all City Year AmeriCorps members, his schedule was packed and his days were long. On Monday, Tuesdays and Fridays, he arrived at the school by 7:30 am to participate in First Circle, where City Year teams meet to share joys, challenges and any plans for the day.

Around 8:00 am, Björn and his fellow teammates would go outside and greet their students as they arrived to start their day of learning. From there, he helped to support two English Language Arts classrooms and two different teachers.

What to expect when you serve with City Year

On Wednesdays and Thursdays, when Björn had his gradate classes, his days were especially long. After serving at Redland Middle from 7:30 am to 5:00 pm., he would head off to campus for his first class, Group Counseling Theory, from 6:00 to 8:30 pm. He’d then have an hour break before starting his last class, which lasted from 9:30 to 11:30 pm.

“Managing your time while doing service and a master’s is challenging but not impossible,” Björn says. “It was important for me to manage my time efficiently because during the day, I wanted to be fully engaged and present for students.”

On his most stressful day, Björn remembers going through an instructional review process in February. An instructional coach from the Miami-Dade County Public Schools came to his classroom for observations. He was nervous, not only because he wanted to get a positive review as an interventionist, but he was also thinking about the counseling theory midterm he would have to take later that night.

“The observers were reviewing my work and flipping through my documents all while I was doing an intervention with my students. It was very intimidating and I was just so anxious,” Björn says. “I wanted to get a good review just as much as I wanted a to get a good grade on my midterm.”

In the end, Björn was relieved to have not only gotten a good review as an interventionist but he also got an A on his midterm exam.

While some days were certainly stressful, Björn believes that the benefits of pursuing his masters while serving students outweigh the challenges. Prior to City Year, he hadn’t had any hands-on experience working with children or in schools, so the opportunity to put theory to practice kept him engaged and motivated. He could immediately identify parallels between what he was learning in the classroom and what he was learning through his service experience.

For example, one of his classes during that first semester focused on group counseling. Björn learned that one of the most important elements is norm setting, which helps members of the group to express what is most important to them. It also helps to create group-driven rules around things like respectful communication and accountability. Luckily for Björn, this was something he had already learned to practice with his City Year team and students. Every time the corps came together for training days and discussions, they would always open with norm-setting. When Björn brought together his students for tutoring or afterschool activities, he would start the new group by asking them to create a list of norms to keep them accountable, such as “listen to others’ ideas” or “it’s okay to ask for help.”

Björn also learned about the importance of circles. He learned that when practicing group counseling, it’s best practice to have everyone seated in a circle. This seating arrangement is the most effective way to keep everyone visible and responsible for how they show up in the group.

City Year also has a culture that recognizes the power of a circle. Corps members begin and end each day with a circle with their teams This gives them the opportunity to share updates, plans or to simply connect and share what’s going on in their lives. Björn also used the circle with his students in the classroom, helping to ensure that everyone had equal opportunity to engage in the learning process.

“Being able to put what I was learning to practice was so cool because this was the real life application I was looking for,” Björn says. “In class, my professors would ask me to share my classroom experiences. I think they recognized that my role as an AmeriCorps member was directly related to course material.”

Returning for a second year of national service

Björn’s year of service was not without challenges. In addition to managing a full class load, his service—like all City Year AmeriCorps members—was interrupted by the global pandemic, COVID-19. But even though leaving his students and school community was difficult, Björn says that City Year Miami’s response to was what made him want to come back for a second year.

“I think COVID-19 shook us to our core as an organization because our service is all about showing up in support of our students every day.” Björn says. “And even though the pandemic changed everything, I was so impressed with how City Year Miami seamlessly made the transition to supporting students in the virtual learning space. That’s what made me want to come back.”

See how one City Year team made the transition to virtual service.

Björn will be returning to serve with City Year Miami as a second year AmeriCorps Member. Second Year corps members return to service in the same role as first year AmeriCorps members but with a year of experience under their belt. This way, they’re able to continue building strong relationships with students, partner teachers and they can also serve as mentors for the first year corps members on their team. Though it was important to continue in a role that allowed him to practice what he was learning, for Björn, his main concern was his students’ well-being.

“Leaving the classroom this past March was such a challenge. I’m always wondering how my students are doing or if they’re staying safe,” he says. “And while we’re still in the pandemic and taking it day-by-day, I’m really excited to see them again and make up for all of our lost learning and bonding time.”

Björn also plans on continuing his master’s program this year. Though he knows that he’s a unique case, he wants anyone who is considering pursuing a masters and service at the same time to know weigh the challenges and the benefits before deciding.

“My experience has definitely been a roller-coaster and something I recognize isn’t for everyone. But for me the benefits of service outweigh the challenges.” Björn says,” Björn says. “I would encourage anyone to figure out what works best for them. You may decide, like me, that you can do both. Or, you may decide that you want to take a gap year and just focus on service. Either way, the experience of being a corps member is worth it.”

Whether you’re going to graduate school or searching for a meaningful gap year, learn how you can make a difference in the lives of students. 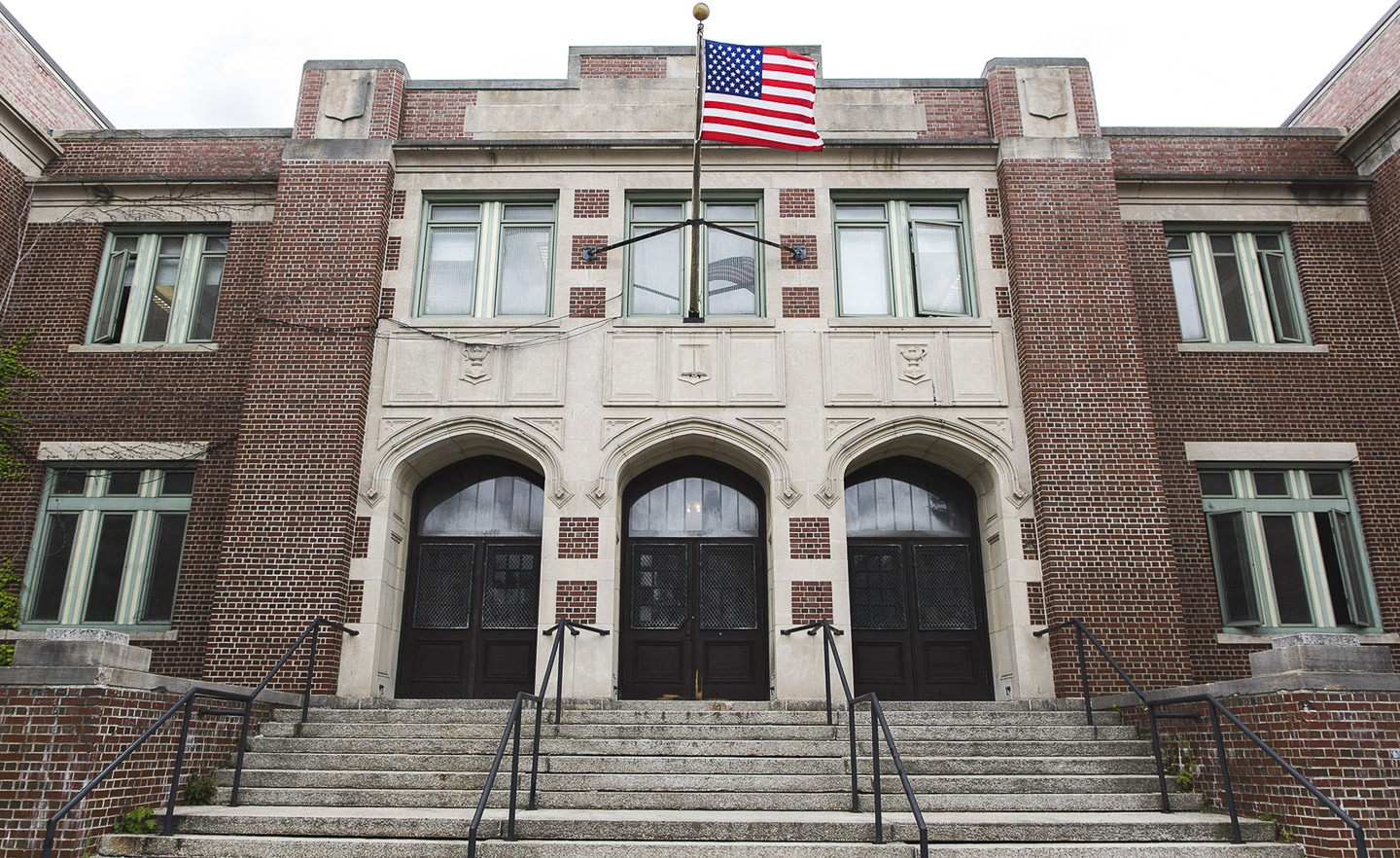