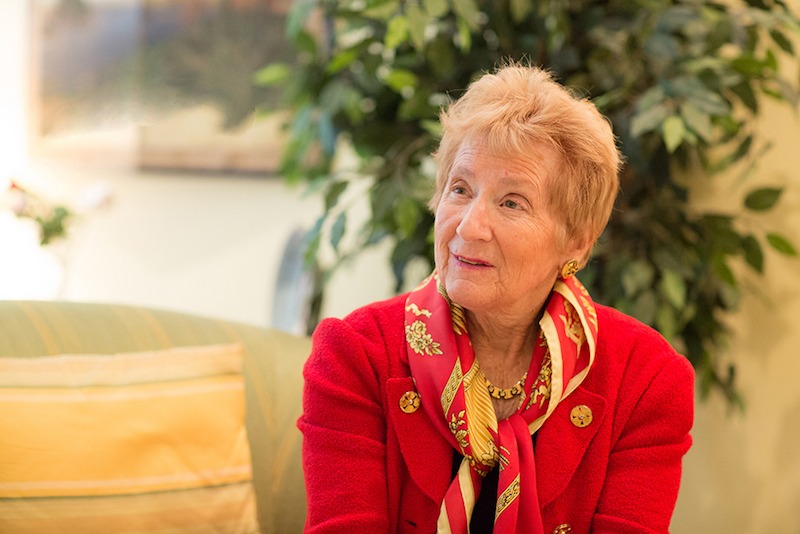 The themes of mentorship and education have shaped both Diana Davis Spencer’s life and the areas of focus for her family philanthropy, the Diana Davis Spencer Foundation. A journalist, activist and philanthropist, Diana credits her fourth-grade teacher, Mrs. Campbell for supporting and inspiring her. “Not until fourth grade did I learn to read,” Diana recalled. “My teacher was the one who identified the problem and said I had to learn through a phonetic approach. That was pivotal.”

Her teacher went on to encourage Diana to pursue writing, laying the groundwork for Diana’s future career as a writer and journalist for local papers and publications such as Yankee Magazine. Diana never forgot her fourth grade teacher and how her teacher’s caring and intervention influenced the trajectory of her life.

“Education,” Diana says, “is the gateway to opportunity, and that’s why she is so committed to supporting City Year and other education nonprofits that strive to ensure that all children have access to an excellent education and the supports they need to succeed.”

“I was shocked to learn when I moved to Washington that the District of Columbia is one of the lowest performing school districts in the country,” she said. “That in and of itself motivated me to make a difference.”

Under her leadership, the Diana Davis Spencer Foundation has taken a holistic approach to supporting education, investing in organizations that focus on developing teachers and principals, along with nonprofits that have an innovative approach to improving schools.

“We support organizations that can teach kids to think out of the box, to really achieve and know that they can own their future,” said Diana. “I like to be cutting edge, and I support City Year because it’s an entrepreneurial organization. City Year constantly thinks of ways to help students and reach them in different ways.”

City Year Washington, D.C. Vice President and Executive Director Jeff Franco says that support from the Diana Davis Spencer Foundation is helping the site to reach its goal of doubling the number of students served from 7,000 to 14,000 a year. “The gift from the Foundation is catalytic for us,” Jeff said. “Right now, we have to turn away principals because so many schools are asking for City Year. Diana is helping us answer that call, and in doing so, she’s helping to make sure that students in D.C. have the support they need to succeed.”

Students crave extra attention and connection with caring adults, and that’s exactly what City Year AmeriCorps members provide, Diana says. “City Year’s corps members are phenomenal,” she said. “Especially in this day and age, it’s so valuable for kids to have someone in their lives who shows they care, and can help to instill a love of learning, and can help them become more confident and empower them to do their best.”