Photo essay: inspiring girls to believe in themselves

Two years ago, Tatiyana Murray was 21, wrapping up her bachelor’s degree in political science and searching for a meaningful experience as her next big step. An experience volunteering at an afterschool program unlocked in Tatiyana a passion for working with children. So when a friend sent an email encouraging her to apply to City Year, she grabbed the chance.

“I came to City Year as a gap year between college and going to graduate school,” Tatiyana says. “I wasn’t sure what I wanted to do but I knew I loved working with kids, and City Year New Hampshire seemed like the perfect next step.”

Tatiyana so enjoyed her year serving as a City Year AmeriCorps member, she returned for a second year of service at Gossler Park Elementary School in Manchester.

“Once I got into the classroom, I knew I was in a very genuine community with a lot of love in the building,” she said. Gossler Park is a K-5 public school serving 450 diverse students, 82 percent of whom receive free or reduced lunch.

“I’ve been so lucky to have a great and supportive team. City Year is the one place where I’m allowed to try new things, and sometimes even completely fail, and then build myself back up.”  Tatiyana tried something new by launching a weekly “Girl Power” lunch group for third grade girls she was mentoring. “I noticed that some of the girls weren’t making friends with other girls, whether it was because they were shy or tended to stick with the same group of friends,” Tatiyana says. “I wanted them to have an outlet, and I wanted them to learn that it is okay to be exactly who they are.”

Each Tuesday, the Girl Power lunch group attendees gather in a corner of a large classroom, sharing food and stories of each of their distinct cultures and languages: Arabic, French, Spanish. Sometimes they listen to music and make art projects. Other times, they just talk and laugh. At the start of each lunch, Tatiyana carefully removes a poster that covers their rules on a whiteboard: 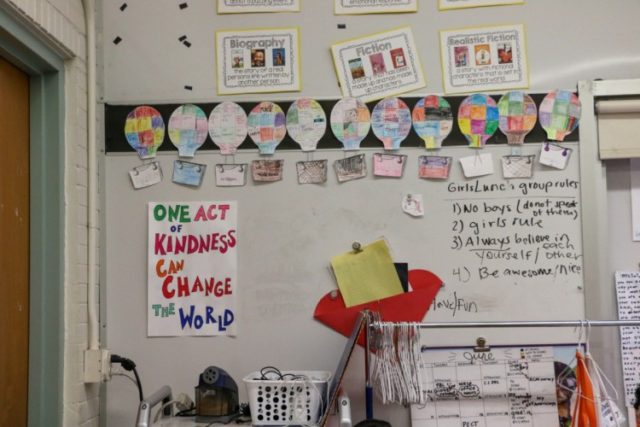 “What do we believe?” she asks the students.

“Girls can do anything boys can do,” says one girl. The other students nod in agreement.

The Girl Power lunches became popular, with each girl inviting another student to join them each week. By the end of the year, every third-grade girl had attended at least once, and new friendships had been formed.

During one of the last lunches of the school year, Tatiyana asked the girls what they want to be when they grow up. One girl said she wanted to make YouTube videos. Another said she would become an art teacher. One said she wanted to become a City Year, just like Tatiyana. “They know that whatever they put their minds to, they can accomplish,” Tatiyana says. 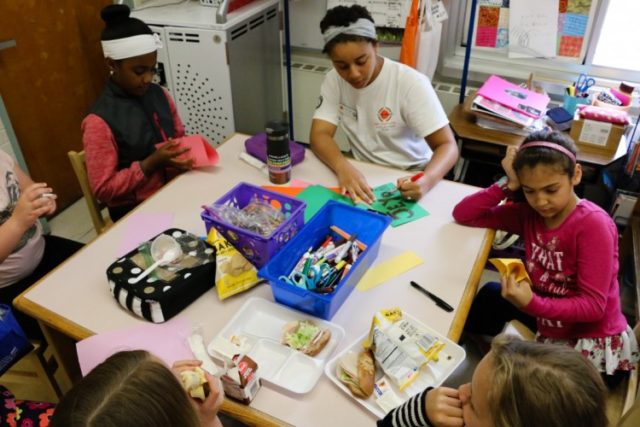 As the school year draws to a close, Tatiyana reflects on her experience working with her girls’ group. “I wish I had started the Girl Power Lunches earlier,” she says. “It’s really hitting me that the year is over, and I’m leaving. I have a cry stuck in my chest.”

Tatiyana has a plan for her future. This fall, she is will return to her home state of Pennsylvania and enter Relay Graduate School of Education, a teacher residency program. She will be working as a first grade teacher at KIPP West Philadelphia Elementary Academy. “I hope the girls keep the conversation we started alive,” Tatiyana says, “that girls can do anything boys can do, and that power comes from believing in yourself and in each other.”

Adventure awaits wherever you serve with City Year

While working on her City Year application, Jessica Butay reached the question: Where would you like to apply to serve?...

Literacy is the ability to read and write, but what does growing student literacy for elementary, middle or high school...

Learn more about the benefits of service with City Year AmeriCorps, including preparation for a career, exclusive scholarships, the Segal...