Why we love NYC 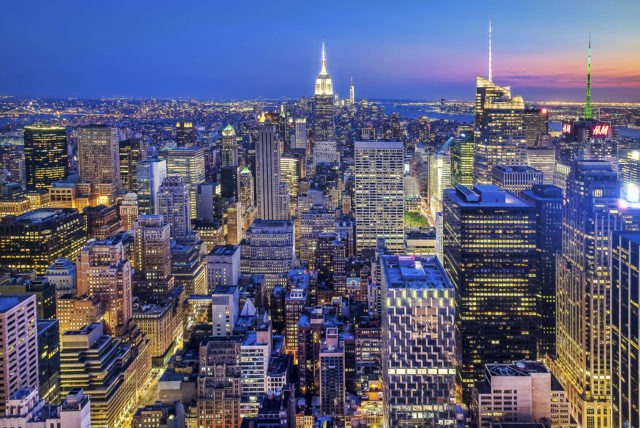 City Year New York was founded in the wake of September 11, 2001, inspired by the selflessness, community and service to others displayed by countless New Yorkers after the attacks. In partnership with the New York City Department of Education, the country’s largest school district, City Year New York serves in schools across four boroughs: the South Bronx; East New York in Brooklyn; East Harlem in Manhattan; and Long Island City in Queens. Known as the “City that Never Sleeps,” there is always something new to see and explore right at your fingertips. Read on to learn why you should consider serving with City Year in one of the greatest cities in the world.

5 big reasons to serve in NYC

1. New York City is an architectural marvel packed with historical monuments, iconic buildings and dazzling skyscrapers that are second to none. In just one day, you can experience the beauty and history of the Statue of Liberty, Empire State Building, Brooklyn Bridge and the High Line.

2. If you enjoy culture and art, New York is home to world-renowned museums such as The Metropolitan Museum of Art and The Museum of Modern Art.

3. New York City is a dream come true for foodies. Every borough is packed with a diverse array of restaurants and cuisines. See for yourself at Eater New York‘s best and most affordable places to eat around the five boroughs.

4. There’s simply no other place like New York City–one of the most diverse cities in the world. Today, more than 8 million people live across the five boroughs, and one-third of them were born outside of the US. Thanks to the city’s heterogeneity and vibrant intellectual life, it remains the cultural capital of the US. With more than 800 languages spoken, New York is the most linguistically-diverse city in the world.

5. Home to over 100 colleges and universities, education and youth culture are central parts of New York City’s vibe. There are close to 600,000 college and university students living and studying throughout the city. Access to jobs, internships and networking opportunities are available for young adults to explore across all fields. For example, at City Year New York, our corporate sponsors and partners such as New York Life, Deloitte, Starbucks, Comcast NBCUniversal, Bain & Co. and many more, are highly engaged in AmeriCorps member and City Year alumni’s professional development. Each year, dozens of corporate volunteers support City Year New York AmeriCorps members’ training, covering topics including resume writing and editing, preparing for interviews and exploring different career paths. Thanks to the skills and networks built during a year of national service, City Year alumni are thriving in a broad range of professions.

We know that all students can succeed, but resources and opportunity are not always distributed equally. City Year New York partners with the New York Department of Education to advance the goal of equity in schools. Become a part of a dynamic AmeriCorps team that puts this vision into action and make a lasting impact in students’ lives by applying to serve with City Year New York.

Ready to serve with City Year? Connect with us: