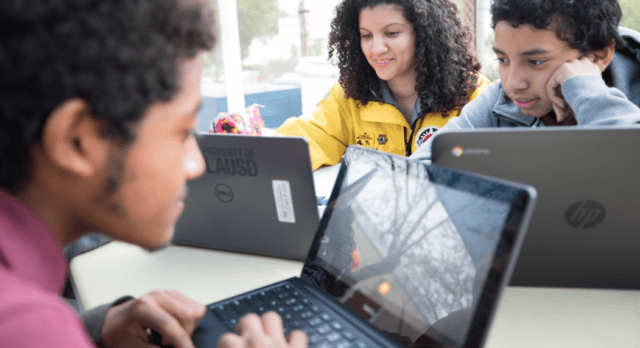 BOSTON, MA (May 3, 2019)–This Saturday, May 4th, City Year will once again join forces with Comcast NBCUniversal in celebrating the 18th annual Comcast Cares Day, one of the largest corporate commitments to volunteerism and service in America and an illustration of the company’s year-round dedication to giving back.  More than 1,000 City Year AmeriCorps members and staff will participate in Comcast Cares Day projects to “make change happen” in 13 cities across the country. Comcast Cares Day projects in partnership with City Year include:

“City Year is proud to once again take part in Comcast Cares Day, and to serve alongside Comcast NBCUniversal employees,” said City Year CEO and Co-Founder Michael Brown. “This exciting day is a tremendous opportunity for us to all come together to serve the schools and neighborhoods where students strive every day to fulfill their great potential.”

City Year is dedicated to helping students and schools succeed. Diverse teams of City Year AmeriCorps members provide support to help students stay in school and on track to graduate from high school, ready for college and success in career and in life. Research shows that schools that partner with City Year were as much as two-to-three times more likely to improve on math and English assessments. A member of the AmeriCorps national service network, City Year is funded by the Corporation for National and Community Service, local school districts, and private philanthropy from corporations, foundations and individuals.

Right now, Congress has a chance to support local communities overwhelmed in the wake of COVID-19 by supporting the CORPS...

City Year, a nonprofit that works with children in the Boston Public Schools, is planning a 20-minute virtual event for...