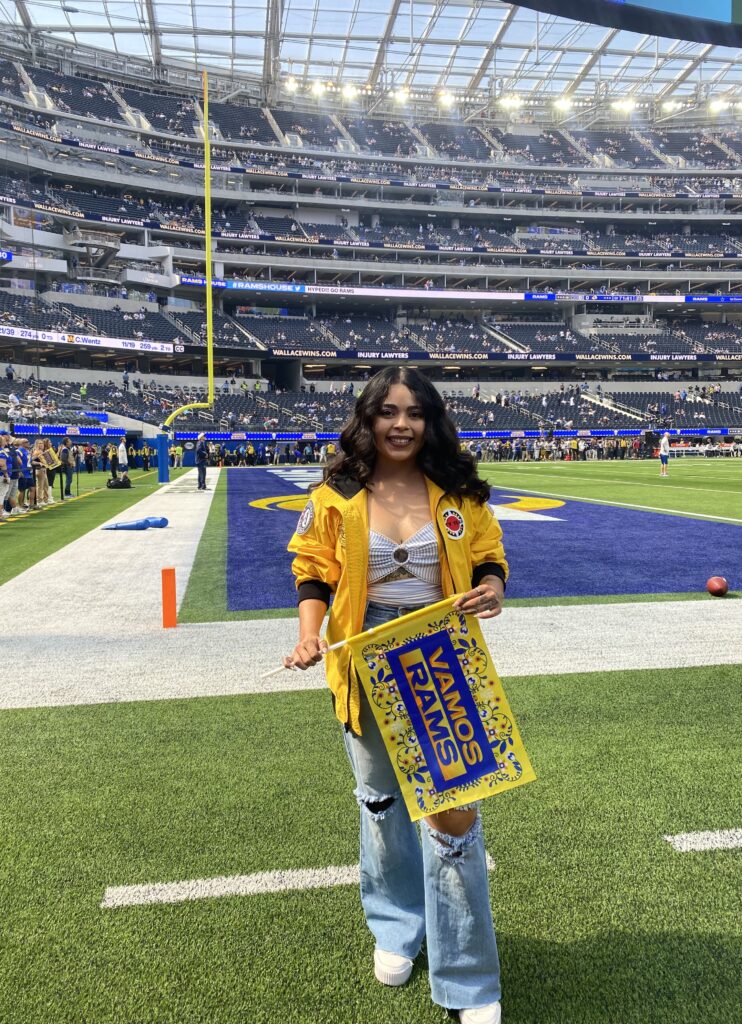 On October 9th, The Los Angeles Rams honored City Year Los Angeles Program Manager and alum, Silvia Fausto, during their “Vamos Rams” pre-game ceremony in celebration of Latinx Heritage Month. As someone who has dedicated their life to serving her community, Silvia was recognized on the field before the game representing not only City Year L.A., but the students who now sit at the same desks she once sat in. As Silvia shared,

“I felt extremely honored, humbled, and proud to be recognized by the Los Angeles Rams. As a first-generation Latina, this was a reminder that I can do and be anything I set my mind to. In that moment I realized that I can be the change that I want to see, and that I can continue to grow and thrive while I empower and motivate others to do the same. My hope is that other Latinx folks were inspired to believe in a cause greater than themselves while recognizing their own power to impact the world around them. I hope somewhere a young POC saw themselves in me and thought, ‘If she can do it, so can I!’”

A proud graduate of the University of California-Berkley, Silvia chose to dedicate her career to supporting the students of Los Angeles through City Year L.A. as an AmeriCorps member at Markham Middle School which she herself attended. There, Silvia acted as a tutor, mentor and role model to students in her community so that they had the support they needed to thrive. 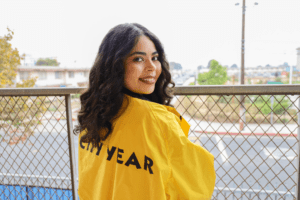 With tenacity and perseverance, Silvia made her way on to the City Year staff, in 2020 as a Program Manager for her alma matter McKinley Avenue Elementary School. Now as a Program Manager leading a team of City Year mentors at yet another one of her alma matters, Florence Griffith Joyner Elementary School in Watts, Silvia works alongside school administration to support the needs of teachers and students. Her goal? “To empower & lead [her team] with as much empathy as possible while challenging them to use their voices to advocate not only for their students, but also for themselves.”

Thank you, Silvia, for all that you do for not only your team and the students at Florence Griffith Joyner, but for the leadership you bring to our organization.

We also want to take this moment to thank the Los Angeles Rams for recognizing Silvia, and their constant support of City Year L.A. and our entire community.

If you would like to be a part of City Year, or know someone who would like to make a difference in their community, go to cityyear.org/apply-now. We are currently recruiting for the 2023-24 school year.