The Reality of Service and Student Progress 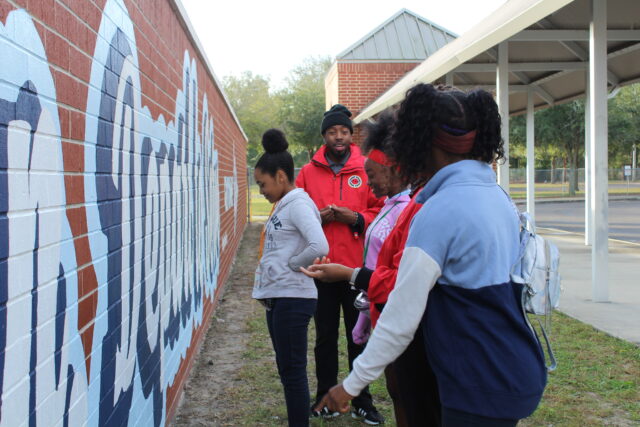 I almost lost my job and my mind because of a 12-year-old named James*.  Let me preface this story by saying that our work is full of Cinderella stories. This is not one of them. We need to remember that Cinderella struggled before she became a princess; progress takes time and doesn’t look the same for everyone.

As I sat in the front office conference room with James, his mom, the Principal, Guidance Counselor, Dean of Students and my City Year Impact Manager, I thought about how I told my roommates I was probably going to get fired that day, and I had disappointedly accepted it.

In the days before this meeting, there were several interactions between James and myself. One day, James had come to class angry. He wasn’t doing his work and took that opportunity to act out, and for some reason, it seemed like he released all his anger and pent up energy on me.

Looking back, I felt all-around terrible that day. The kids were too loud, the lights were too bright, every little thing was getting on my nerves. I was already frustrated. We all have bad days, even those of us with a positive, can-do attitude. Then James came into class challenging me, and that is what tipped me over the edge. As I was trying to get the class to calm down, focus and do their work, James cursed at me in front of the whole class.

I lost my cool. Usually, I was able to let it go – to redirect him calmly and move on. But I couldn’t take it anymore, all my frustration of the day had come to a boiling point. So, I yelled back. I was so angry I don’t even remember what I said.  Immediately I knew I had gone too far. All of the things I wanted to share to relate with him were running through my head as I was replaying the scenario.

The next day I came to school fully expecting to be fired. Instead of being fired, I was invited to a meeting with James and all of these adults who cared about him. In the meeting, I was able to see James in a new light. I realized he’s just a kid, and he reacted like a kid.

I got the chance to tell him there were so many things I could relate to that he was experiencing. I could see he was trying to act tough and I’ve been there. James then continued to smack his teeth and blew off the things I was saying, so I pointed out to him that we are all in that room because we care about him, but he was acting like the people trying to help him were trying to hurt him.

Something in that struck a chord with James and he started to cry and left the room so we wouldn’t see him break his tough appearance. His mom then shared with us that he didn’t start acting like this in school until his brother was killed. The conversation also revealed that his father was in jail. She shared the whole family was grieving and they weren’t sure how to help him.

The male figures in his life had been taken away and I came into his classroom trying to assert authority. I realized that is why he was directing his anger at me – his anger stemming from losing his brother to violence and his father to the criminal justice system.

After that meeting, nothing major happened. There’s not a fairy tale ending to this story to wrap up with a bow. However, I did notice small changes that I hope will lead to a happier kid. Since becoming aware of the recent loss of his brother and father, the school set James up with counseling and all the services they could provide for him.  We learned how to coexist in class. There were no more moments of outright defiance and disrespect—and that I consider a win.

I noticed James rapped in class all the time, that this was something he and I had in common. I wanted to push him to stick with it and keep trying. I gave him a composition notebook to keep his lyrics together; I had started using one myself and wanted to see if James could commit to this craft.

Eventually, I saw him walking around with that notebook in his hands. I don’t know if or how he uses it, but I see the fact that he kept it as a sign of progress. He is open to learning from me, and as AmeriCorps members that is all we really want.

I know this next school year won’t be perfect for James. He’ll have his moments and he’ll probably try to push the boundaries with his next Corps member just like he did with me. My hope is that he carries his learned responsibility and growth from his past mistakes this year, and thrives with his growing support system.

This experience with James, and all of my students, taught me so much. Working in schools is hard and it can push you to a breaking point. This is what much of the work with our students looks like. As a City Year AmeriCorps member, you rarely know how a student will end up or will be able to see the fruits of your labor within the space of a school year. But a simple gesture like carrying around a notebook can be a sign that your student is heading in the right direction.

I am a black male who joined City Year to help provide support for young black males who are facing the same challenges as me. For many reasons I shouldn’t be here right now, but I am. I worked all year to instill this message in my students – If you want something different, you must do something different. Therefore, I commit to continuing to use the position I am in to help others grow and to do something beneficial each day. I am committed to doing that, because that is how progress is made. 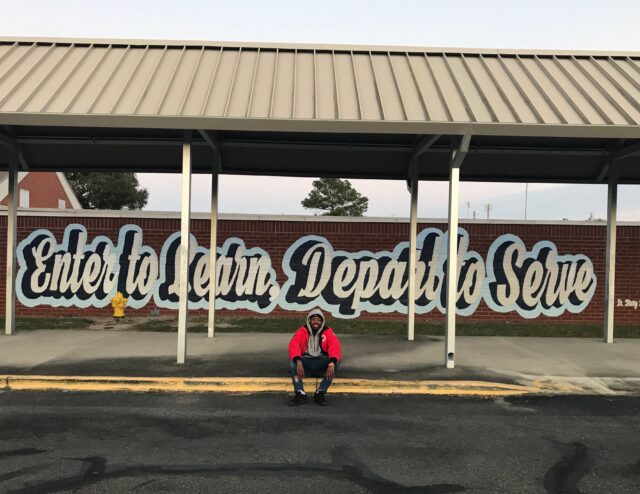 This mural was designed by Markale and now is a daily motivation to students at Jean Ribault High School.

“I know what it felt like to get left behind,” says Colby, a Service Leader serving his second year with...

Read more about From City Year Student to AmeriCorps Member
Back to School with Positivity, Change and Solutions

Read more about Back to School with Positivity, Change and Solutions
National Strategic Partners
National Partners