Closure to my Service Year in the Form of Popcorn Chicken

Emily Wasek served on the Comcast Universal Team at Jean Ribault Middle School in Jacksonville, Florida. She now works just down the street from our office, as a Nonprofit Fellow at the Jacksonville Speech and Hearing Center! Read how she came to realize she is an integral part of a collective movement to improve our students’ futures. 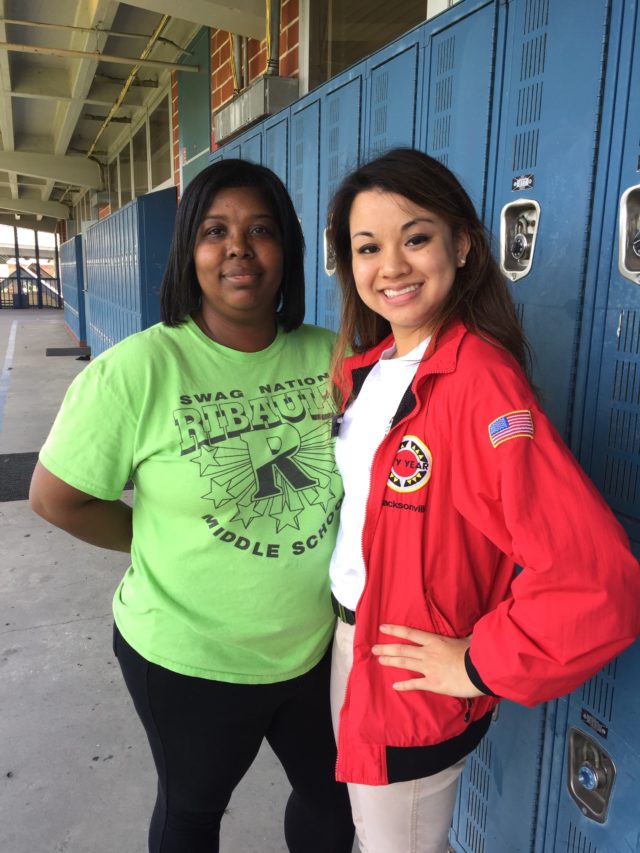 I have always craved closure. I’ve never been particularly gifted at saying graceful goodbyes to people who I’ve grown to love, nor have I ever found a perfect way to express my thoughts to such loved ones. In May 2018, I had exactly a month before my year of service would close—concluding one of the most challenging, yet rewarding years of my life. As I pondered how to appropriately say goodbye to the more than 90 students who I’d laughed with, struggled with, grown with throughout the school year, no easy solutions arrived. 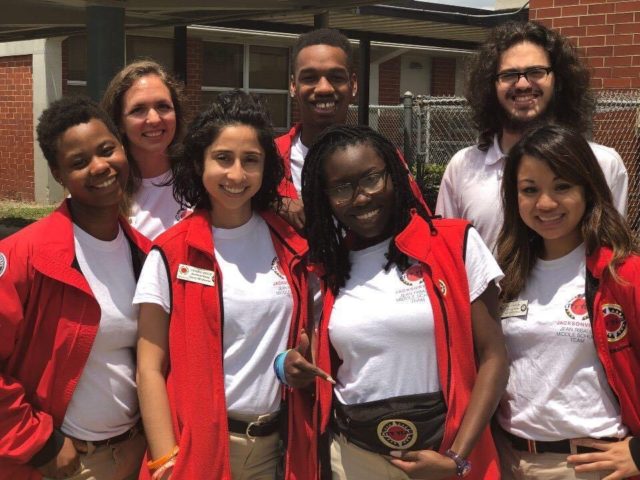 Clarity came, strangely enough, later that month during a visit to a Popeye’s. Several City Year Teams on Jacksonville’s Northside were planning to help host an after-school fair for students in the area. With a brief lag between event setup and the event’s start, our Team Leaders had given us permission to grab a quick bite in the area. Always a fan of some popcorn chicken, other AmeriCorps Members and I decided to make a quick trip to the nearby Popeye’s while still in uniform. And when we arrived inside, we were greeted by two welcoming sensations. First, the smell of fried food, and, second, a jubilant cry of someone shouting, “Hey! It’s City Year!”

We looked around, and quickly found the source of the excitement—a young man who was grinning from ear-to-ear from behind the cash register. Taking in our confused expressions, he laughed and explained, “I love y’all! Without City Year, I wouldn’t have graduated from high school.” As we ordered our food, he went on to share how as a child he’d always struggled in school, but during his final years of middle school everything had changed. From that time into his final days of high school, various AmeriCorps Members from City Year had worked with him, believed in him, and given him the confidence to graduate high school on time. Now, he was working at Popeye’s to save money for a higher education, and seeing our red jackets had brought back fond memories of all of the AmeriCorps Members who had helped him discover his passion for learning.

My teammates and I congratulated him on his successes, saying “Thank you,” as he rang us up. “No, thank you,” he replied, winking at us as he punched in his employee discount. As we started to protest, he simply responded. “I’m paying you back for all of the times that City Year’s helped me, and I’m paying it forward for all the kids I know you’re going to help in the future.” And just like that, I realized that I’d been approaching my final month of City Year from the wrong perspective. As an AmeriCorps Member, my purpose was not to be the sole source of change in improving my students’ lives, but to be the one of many AmeriCorps Members in my students’ long academic careers who would provide a foundation of support for them to succeed. City Year’s mission to serve my students would not conclude when I said my farewells, and my mission to create positive change within the community would not conclude when I completed my service year. Just like the laborers in City Year’s founding story of Cathedral Building, I was one of many building a future for others that was greater than just myself.

On June 1, 2018, I graduated from City Year Jacksonville—officially crossing the threshold between my service year as an AmeriCorps Member and the undisclosed years of service that I would continue to have as a member of the community. Surrounded by a sea of my colleagues dressed in red jackets, I was no longer afraid to say goodbye. Although I would miss City Year, I was excited to say hello to a new opportunity to create a positive change—just as I knew that although my students would miss me, they would be excited to welcome new AmeriCorps Members and new opportunities to grow in their academic journeys.

“I know what it felt like to get left behind,” says Colby, a Service Leader serving his second year with...

Read more about From City Year Student to AmeriCorps Member
Back to School with Positivity, Change and Solutions

Read more about Back to School with Positivity, Change and Solutions
National Strategic Partners
National Partners