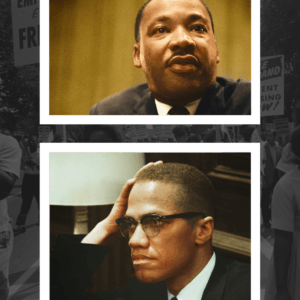 I have come to realize that one of the most important things to do in life is to come to your own thought-out conclusion about your beliefs, values, and ideals you know to be true. We are all in some way the product of the environment we grew up in, the community that surrounds us, and the opinions and truths of those close to us. This is especially true of those that influence us at an early age, such as family, friends, and school.

This is all to say that many of our views on people, the world, religion, and political ideology are not what we believe, but what those around us see as true. Thus, we tend to accept that reality, until we willingly challenge what we have thought to be true. Where am I going with this? To fully grow and mature as people and grow in unity, we must be willing to step outside our comfort zone and challenge the “truth” of what we know whether it be political ideology, religion, or even how to improve society. Part of this is also being willing to see the humanity of those we disagree with and do away with the labeling of the “other side” based on their side of the aisle. When you label the “other side,” you begin to see them as simply the “evil” opposition which causes you to close yourself off from the possibility of changing your worldview. It weakens your ability to empathize and find common ground with those around you except of course when they agree with you.

In today’s world, people do not read and watch the news, do their own research, or look to challenge their worldview. Instead, people read headlines, listen to talking points, and trust in the “credentials” of the person who is saying something they agree with. They are willing to simply restate what they heard as if it came from their own experience.

There is something important I would like to point out: During the Civil Rights Movement, there were many factions within the Black community such as the Black Panther Party, Nations of Islam, the Southern Christian Leadership Conference, and many more. While desiring many of the same things, these factions had vastly different viewpoints and methods on how to achieve it. Martin Luther King and Malcolm X, two of the most prominent figures of the Civil Rights era, were both critical of the others’ approach; however, they came to see that while they disagreed on a great many things, they were still allies fighting for the greater good of their people and were willing to meet with one another and break bread as brothers.

Going forward, I urge those reading this to begin to question some of your strongly held beliefs and ask yourself where they came from. Why do I still believe it? Then decide if you still do. Be willing to start having conversations with people who believe differently than you and try to understand their position. Ask questions instead of judging them or labeling them as racist, phobic, or ignorant. Find common ground and I believe you will come to that. You, like them, are growing and learning and are on your own journeys. Even though they may talk, look, and think differently than you. Let us strive this month and the rest of the year to be civil with those who disagree with us and look beyond the biased labels we use and see the people behind them. I genuinely believe this mentality will help all of humanity and honor the legacy of those we celebrate this month. 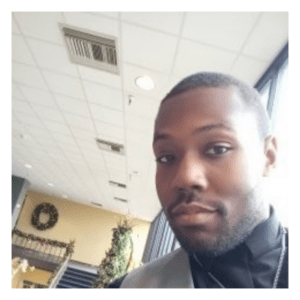 It’s all about the AmeriCorps Experience

When you join City Year, you work alongside a team to create learning environments where all students can succeed. As...

There are nearly 700,000 open computing jobs in the US, but only 80,000 computer science students graduated into the...

Martin Luther King, Jr. Day of Service emphasizes the importance of a cause greater than self. This Martin Luther...

Read more about Reflecting on Martin Luther King, Jr. Day of Service
“I Have a Dream..” Starbucks & City Year Collaboration

What do Starbucks, City Year, and Martin Luther King, Jr. have in common? Our organizations share a mission and...