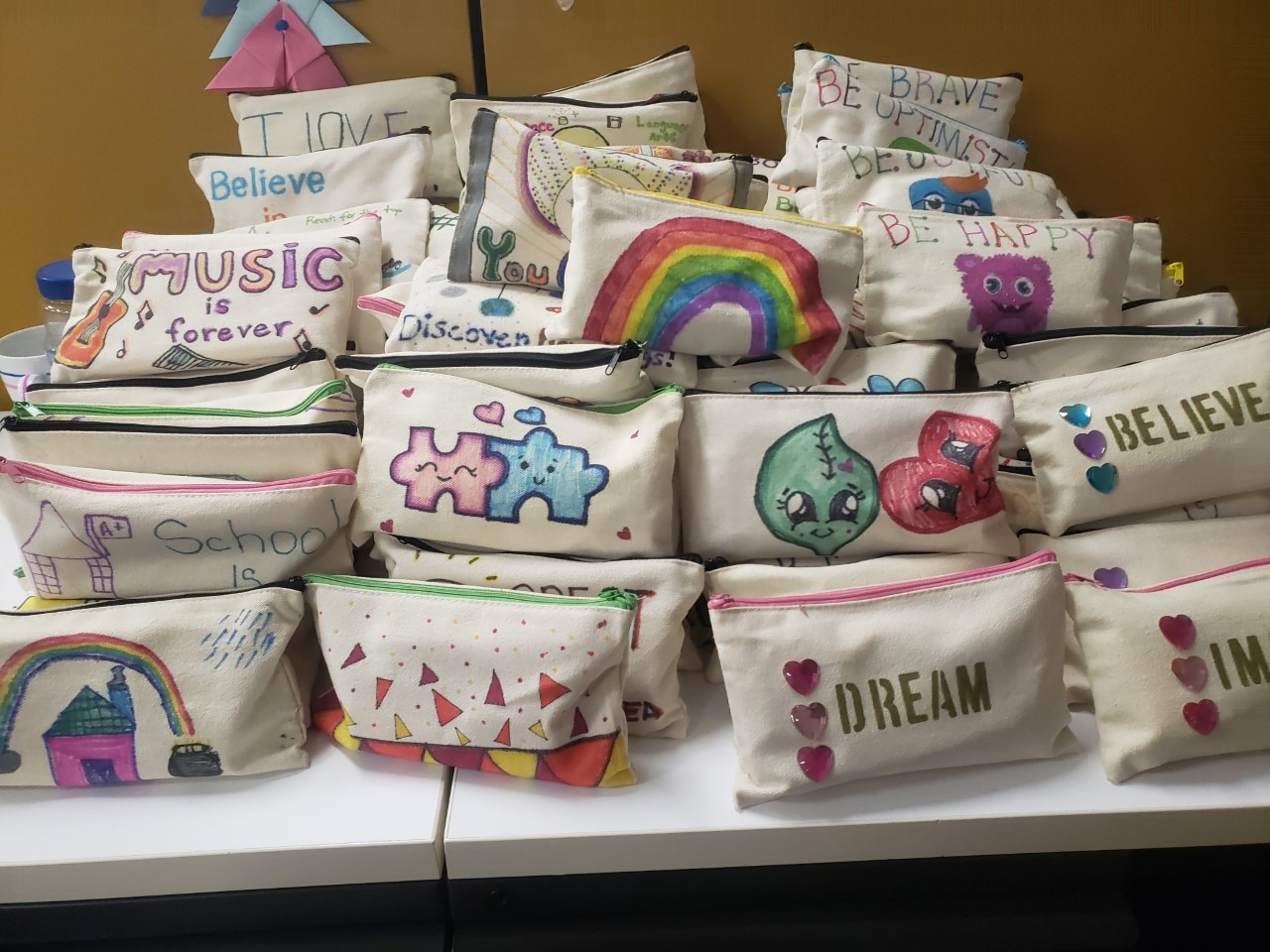 For our second Team Care Force virtual event we partnered with AT&T, getting a little creative in how we develop virtual service. Last spring AT&T donated money to Care Force in order to hold five different physical service events, in cities around the country. Unfortunately, those in person events were canceled due to COVID-19. Instead, Care Force Staff and AT&T collaborated to create a new vision moving forward.

In 2018 AT&T launched its program “AT&T Believes.” This program is committed to service through a localized effort to create positive change in communities. The program works to harness employee engagement and joins with local collaborators to drive impact forward. Through this initiative, AT&T engaged employees in their nineteen Believe communities in “at home” service with local service partners. As part of this program, AT&T holds an annual equity conference in October and invited Care Force to join as a service option for their volunteers. Due to the pandemic and the new model of service, AT&T expected participation to be lower than in past years. As it turned out, AT&T saw a higher number of participants in virtual service, than ever before. One of the reasons our events were so successful was because of the design of our “ship and create” model. AT&T employees were able to participate in the service without worrying about procuring materials or finding a service partner that would accept and use the finished projects.

For this partnership with AT&T, our Care Force Team started packing 1,000 boxes at our Headquarters in Boston to be shipped to volunteers, starting in mid-September. Each box contained six pencil pouches to decorate and pack with face masks, a pencil sharpener, pencils, pens, an eraser, stickie notes, and age-appropriate writing utensils. Starting on September 25th, we received new volunteer names each week, during their rolling registration process. As the names rolled in, we shipped boxes to volunteers and continued to do so for the next few weeks. 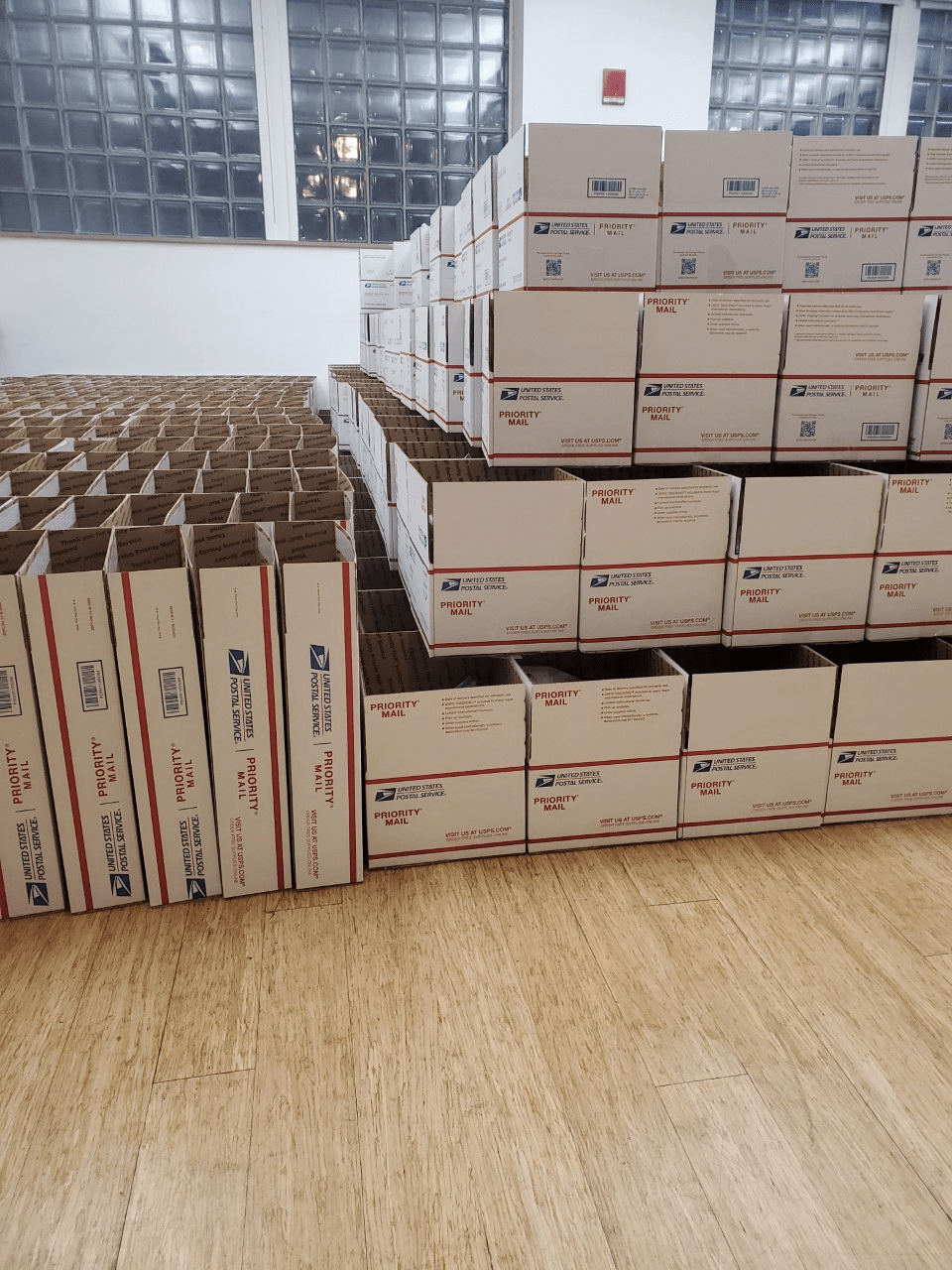 For the volunteer service component, volunteers would use Sharpie markers that were included to decorate the pouches before packing the pouches to send back. The new tracking label, a pre-paid stamp and return address were all included in the box, so once the service was complete, volunteers could just secure those three stickers and send it back in the mail. We started to receive boxes back at the City Year headquarters office in Boston as soon as one week after the first group of packages was sent out. As soon as we received those boxes we began unboxing, processing and repackaging them to be sent out to our first service partner beginning on October 28th.

To instruct volunteers how to complete the service, a video was created by Sam Sadlier, Care Force Senior Project Manager, and shared with volunteers. The video showed how to unpack the box, decorate the pencil pouches, repack the pencil pouches and mail the box back to Care Force. If the video was not sufficient, the volunteers also had written instructions included in the box and were able to attend an optional webinar led by Chris Farzner, Deputy Director Care Force. He went step by step through the process and answered volunteer questions. After the first group of participants joined the webinar on October 7th, the project really gained momentum. It turned out that the volunteers in the first group sent the video instructions they received to other employees they knew in the company causing more and more interest to serve in a virtual setting. At the end of registration on October 23rd, 744 employees had signed up to receive boxes. Chris then held two more webinars on November 5th and December 10th so that every volunteer, even those who signed up after the first registration ended, would be able to attend.

After deciding on the project and how it would be set up, there was one final major question. Who will be receiving the school supplies? AT&T indicated they wanted to have an impact on their Believe communities. This led Care Force to suggest reaching out to schools that AT&T and Care Force have partnered with for service events in the past. So, Care Force staff reached out to the sixteen school partners from AT&T events dating back to 2016. Out of those sixteen partners, ten of them were very excited to be receiving the pouches. 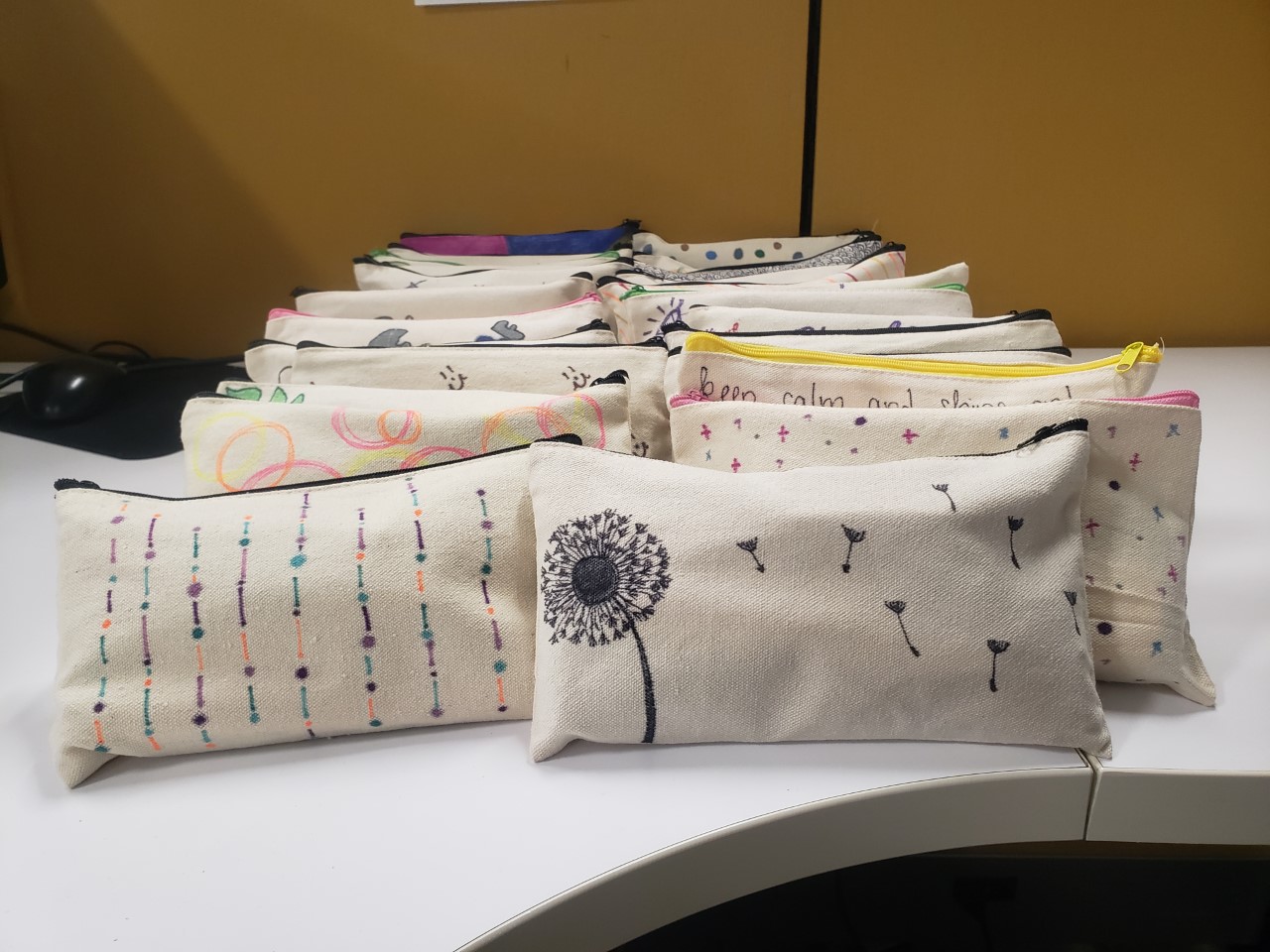 Overall, Care Force was able to engage 1,000 volunteers who created 6,000 pencil pouches which were sent to ten different schools across the country. Although it feels like we are living in the unknown, our hearts are warmed seeing that employees all over the country are so flexible and more ready than ever to volunteer their time to a great cause by helping students in need.