Checking In with the Team!

Catching up with the Team!

In City Year when you’re placed onto your team it can be scary to develop relationships with people that you have never interacted with before. As you go into your year, you might not think “oh I’m going to make lifelong friends during this experience”. The thought process, at least for me, was more along the lines of “Oh wow I am going to go through a lot of ups and downs with this and I hope for the best.” Funny enough, both lines of thinking were true in ways I never could have realized. My team served at The Ryan Steam Academy in San Jose, and it turned out to be a group of people I grew close to and could rely on. With the introduction of online learning during the pandemic our team remained close even in the virtual space. It has been a year since then, and we are all in different places on our own paths to pursue our own professional paths. I took the time to catch up with a few of my former teammates and asked a few reflective questions, this is how it went:

What made you decide to/not to apply to serve a senior corps year?

Simon: “Though I do enjoy service, it was difficult to sustain myself while keeping up with everything outside the school environment. I love what I did, but there were too many barriers to pursue another year.”

Andrea: “I decided not to do a second year because I wanted to focus on my career path and as beneficial as City Year was, it was not what I wanted to do for my career.”

Sara: “I decided to serve a second year because of the lack of closure with last year and our students, there wasn’t an opportunity to say bye. The way the year ended was not the way I wanted it to end, knowing the year was going to be mostly virtual I knew it would be something I could reasonably sustain for the whole year.”

What experiences and takeaways were unique to your corps experience?

Andrea: “My team and the fact that we got along and that we all became friends. We still talk and Zoom every now and then, I know not every team has that type of dynamic within their team.”

Sara: “Our team dynamic. I feel like we were really close throughout the year. It’s hard to stay in touch but the fact we still do Zoom calls and talk frequently in the way we do says a lot. The families and the staff here at our school are amazing, we don’t have many issues or concerns and working with everyone here is honestly amazing and great.”

How has quarantine affected you in your professional path since March?

Simon: “It was difficult, I was pursuing a field of support in education. Due to Covid it felt hard to find jobs in that field. It felt that no one needed jobs that were in person since virtual learning became a thing this past year. I took a break on pursuing a career path for a minute to focus on higher education while quarantine was happening.”

Andrea: “Overall, it delayed things. It delayed me getting interviews or even finding jobs because several companies were not hiring because of the pandemic.”

Sara: “I got a teaching job! I’m going to teach 3rd or 5th grade class in the fall. I got the chance to get my teaching credentials during that time. I think if quarantine hadn’t happened, I wouldn’t have gotten that opportunity.”

What is one of your favorite memories from your corps year?

Simon: “We went through a lot in terms of the drama, but we would always find a way to laugh about it, it was fantastic. A student lost an item one day and immediately blamed a student and went to our Impact Manager, Arnel. It turns out another student saw that item and gave it to another teacher. We had to confront the whole the class about it and there was punishment involved because we thought it had been stolen. Once we had figured out the issue the whole class laughed at how quickly something was resolved.”

Andrea: “One day towards the end of the day, when I only had about 10 students left in class, it was free time and we all were all goofing around. We ended up playing our own game called the “zombie game” that all the kids enjoyed. After they created the game that was all that they wanted to do for weeks.”

In what ways do you utilize the lessons you learned during your corps year?

Simon: “Students really care for the practical and physical aspects, so I had to adjust the lessons plans given to me to make it something they actually wanted and were interested in. I’m planning to use the skills going forward in my further education jobs, either in a leadership role or with students. I hope I can use it but there’s no guarantee.”

“For my current position with Best Buddies, I utilize skills with being more assertive and not being afraid to ask for help. It’s about really committing to a work life balance, it’s all things I learned from my position with City Year that I apply to my current role as a program manager of volunteers.”

Sara: “I learned a lot. I learned about the need for social justice and educational equity, a lot of self-learning. In a professional aspect I have a lot more confidence than I did when I came in as a corps member. It taught me a lot about what I needed to work on as a teacher. I had the relationship building skills but not the assertiveness I needed.”

Where do you see yourself in 5 years?

Simon: “Generally I’m pursuing a (career in) higher education. Hopefully during those 5 years I complete what I set out to do. Hopefully I sharpen my skills and get to a place where I can better support my communities. There’s no set plan or steps as of now because I’m not fully sure myself.”

Andrea: “I see myself still working for Best Buddies, and maybe financially independent😊! Hanging out with my friends hopefully in California.”

Sara: “I’m hoping, I’m manifesting it, I hope he’s serious about it (Michael her Boyfriend). But I would love to be living in Barcelona in Spain. We talked about moving to Spain and then moving back to the east coast possibly in Atlanta or Durham, North Carolina near home.” 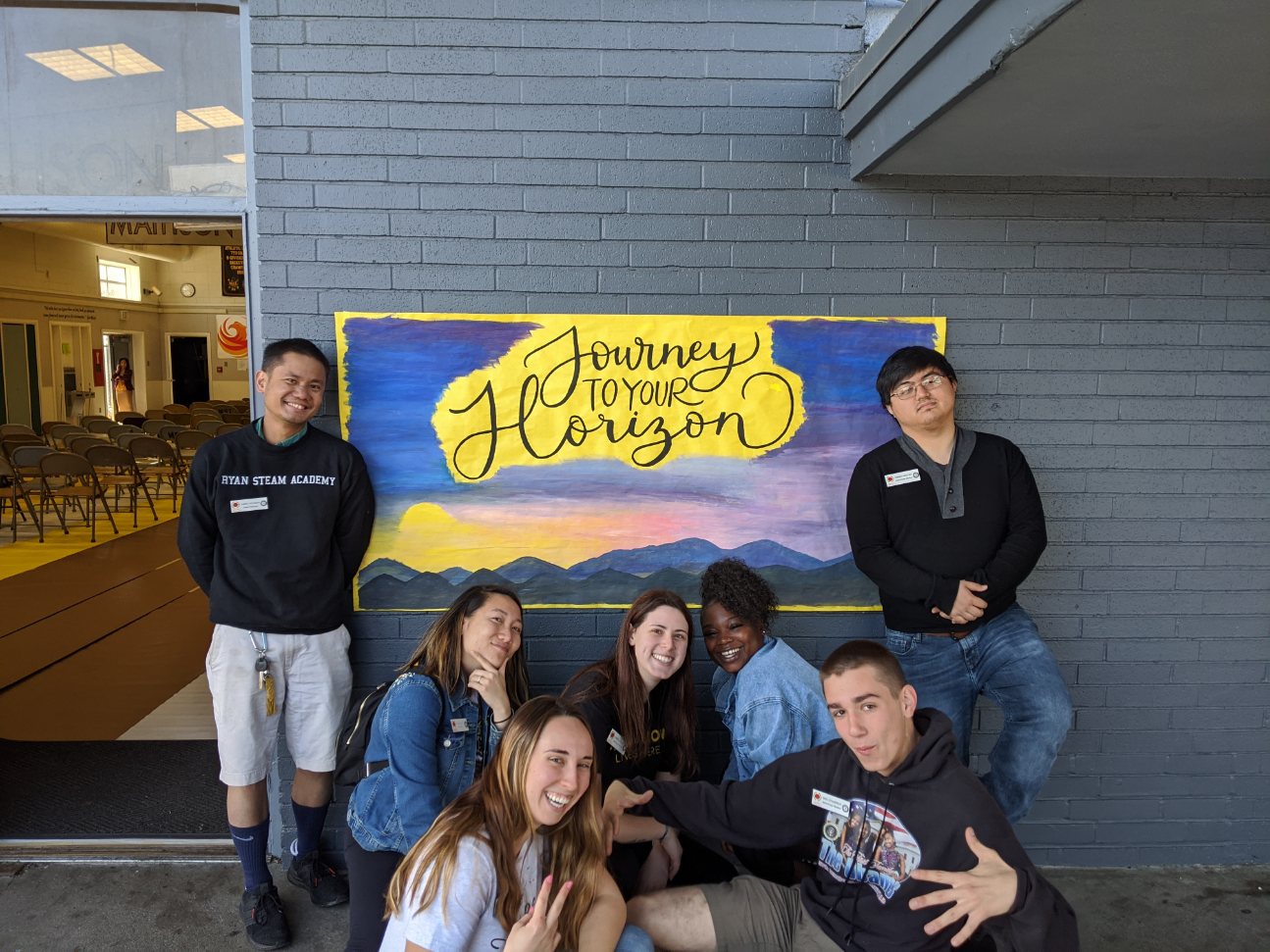 After talking with my teammates, I realized reaching out can be difficult sometimes. There are so many priorities in our own lives that make it challenging to set aside time just call to reconnect with people. Each time I sat down to have an interview I pay attention to how I felt throughout the call. Before the call I would be nervous for really no reason, because I know these people so well. But as the call went on and after the call, my nerves would be calmed, and I would feel so much better about putting aside time to catch up with people that I care about.  If there is a big take away from this experience, if you think about someone who is or was important to you, call them. Don’t think too much about it, don’t get in your own head. Giving your own time to call someone important can be nourishing and refreshing, who knows maybe that person needs the call and was thinking about you too.