Whether we are recruiting young leaders, implementing our work in schools, finding new supporters or helping our AmeriCorps members be the best they can be, we are all passionate about working together to support students. 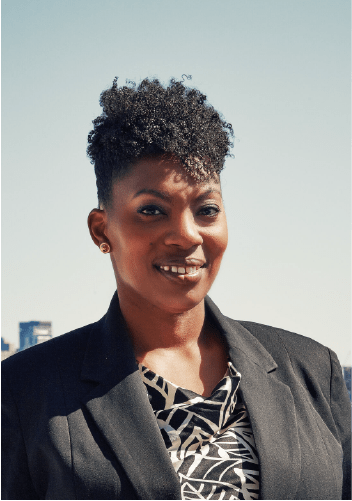 For the past six years, Monica Roberts has led the Boston Public Schools’ family and community engagement work, most recently as the Chief of Family and Community Advancement. 12 of the 20 years she has spent in public urban education, have been with Boston Public Schools in various capacities. In her current role, she leads family and community engagement, school assignment, constituent services, translations and interpretations, and partnerships. She supports the Superintendent in advancing critical efforts including the district’s strategic implementation plan and the historic exam school admissions policy.

Prior to her return to the Boston Public Schools, Ms. Roberts worked for Peace First Boston, serving as the first Executive Director. She supported the organization’s growth strategy by leading the transition and stabilization of the New York City and Los Angeles offices, all while expanding in her home city of Boston. Monica transitioned from Peace First to Randolph Public Schools as the first Director of Family and Community Engagement, Partnerships, and Communications. In this role, she set up a capacity-building model that resulted in robust engagement and partnership with families and the community – all centered around student learning and school improvement. She also helped redesign and implement the district’s secondary alternative education program, leading to the first set of graduates from the program in its then eight-year history.

Monica was born and raised in Boston and is a proud graduate of Boston Public Schools. She serves on the board for the Boston Higher Education Resource Center, and the Boston Education Fund. Monica holds two master’s degrees from Boston College, one in political science and the other in business management, a Bachelor of Arts from Brandeis University, a superintendent’s license, and a secondary administrator license.

Erika services as Chief of Staff at City Year Greater Boston. Upon graduating from college in 1997, Erika served as a City Year Team Leader for two years. That experience led her to continue pursuing her passion for educational equity and social justice. She has served in various roles in the government and non-profit sectors, including the Massachusetts State Legislature, Massachusetts Department of Early Education and Care, Boston Plan for Excellence, and most recently the Massachusetts Department of Elementary and Secondary Education, where she led strategic equity initiatives. She came back to City Year in the summer of 2022, almost 25 years after serving as a Team Leader. 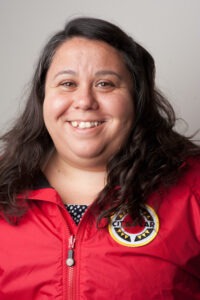 Nicole is currently the Managing Director of Service Delivery at City Year Greater Boston. She joined City Year as a corps member in 2004 and returned as a senior

corps member the following year. Joining staff in 2006 as a Program Manager, she launched the City Heroes program and expanded City Year Greater Boston into the high school space. Since joining City Year Greater Boston, she has held several director positions focused on supporting the staff and corps building student relationships and school house partnerships. Nicole is a graduate of the 2012 LEAD City Year Executive Class and a honored recipient Comcast NBCUniversal Leadership Award in 2009 for her work with youth. She has a B.S in Biology and Medical Studies and a Masters of Business Administration.

Nancy serves at the Managing Director of Development & Communications at City Year Greater Boston. She joined City Year in late 2020. Nancy has spent her career in service of the communities she calls home. She is deeply committed to ensuring an equitable education for all students and partners with individuals, families, corporations and foundations and connects them with impactful opportunities. Nancy’s daughter served in the Corps in 2017. Contact Nancy to learn more about engaging with City Year Greater Boston. 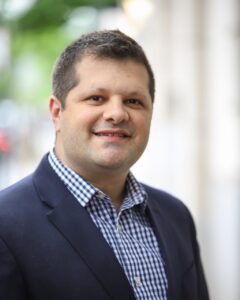 Noah has been with City Year Greater Boston since 2016 and oversees the operations, finance and Board management functions of the site. He is responsible for ensuring that both corps and staff have the resources and tools they need to be successful in their roles, while maintaining the financial health and stability of the site.

Prior to joining City Year, Noah spent the first ten years of his career developing and delivering change and performance management services to public sector and nonprofit organizations focused on improving the quality of life for children and families. After beginning his career at a consulting firm based in Boston, he worked both as an independent consultant and for the Recovery School District’s superintendent’s office in New Orleans. Noah is a graduate of the University of Rochester (B.A. in political science) and Clark University (M.B.A. in business administration and management).

Our alumni board is dedicated to civic leadership and advancing City Year Boston's work in our community.

Together, we’re contributing to a clearer and bolder vision of what public schools can and should be for all children.