MLK Day of Service 2020: Double the service, double the impact 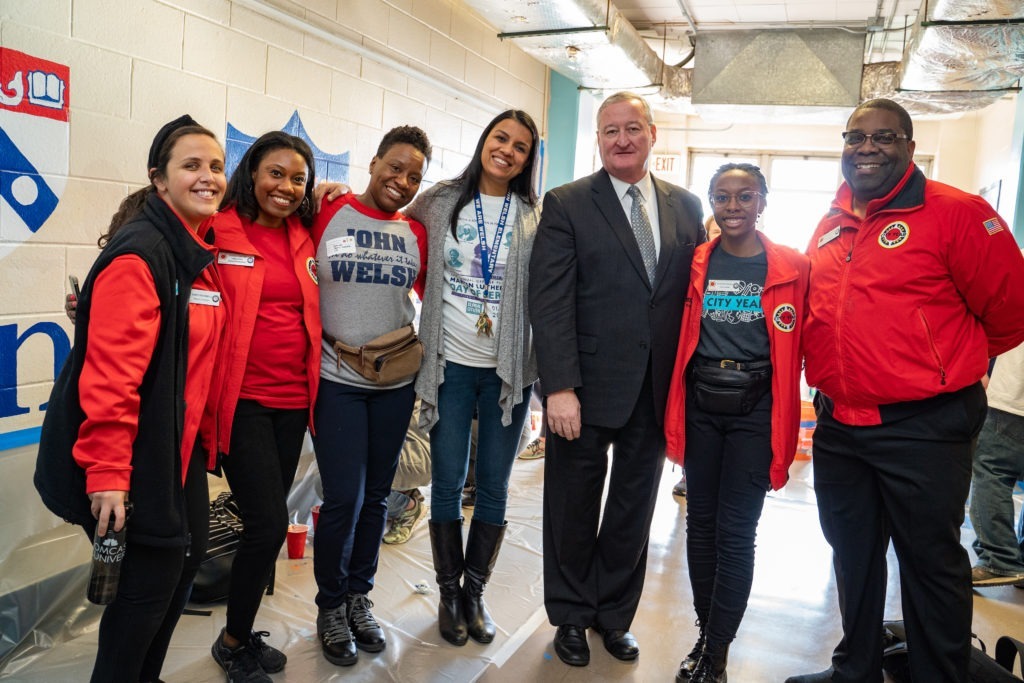 Everybody can be great because anybody can serve. You don’t have to have a college degree to serve. You don’t have to make your subject and verb agree to serve.” This quote is from the late great, Dr. Martin Luther King, Jr. –– the leader of the American Civil Rights Movement — and it aligns directly with City Year’s mission. Sadly, on April 4, 1968, Dr. King was assassinated in Memphis. But now, each year, the third Monday in January is observed as “a day on, not a day off” for Martin Luther King Jr. Day – a federal holiday designated as a national service day to encourage Americans to volunteer to improve their communities.

Each year on this day, City Year as an organization conducts service projects across the country to help enhance the communities we live and serve in. In Philadelphia, City Year organizes the second-largest service project in the city – bringing together nearly 1,000 volunteers, community partners, neighbors, and friends to help beautify a school.

“For City Year Philadelphia, we see education as the most important social justice issue facing our city and our country,” says Executive Director Darryl Bundrige. “We’re working hard to address the systemic inequities that affect so many of our students and our annual MLK Day of Service is a part of that effort.”

For last year’s event, City Year Philly painted murals and built benches for the school community at Kensington High School. This year we did double the service and made double the impact by serving in not just one, but two schools – John Welsh Elementary School and John F. Hartranft School.

Throughout the morning of King Day, volunteers for City Year’s MLK Day of Service were greeted the same way our students are each day, with City Year power greeting. At both schools, AmeriCorps members chanted motivating and inspiring messages to get hundreds of volunteers pumped up and excited to serve.

The day kicked off with a welcome breakfast from one of the event’s food and beverage sponsors, Starbucks, and coincided with an opening program to start the day’s festivities.

As the volunteers transitioned into service, the Welsh and Hartranft hallways were filled with people of all ages who came together for one singular purpose, to honor Dr. King’s legacy by serving to improve our communities. 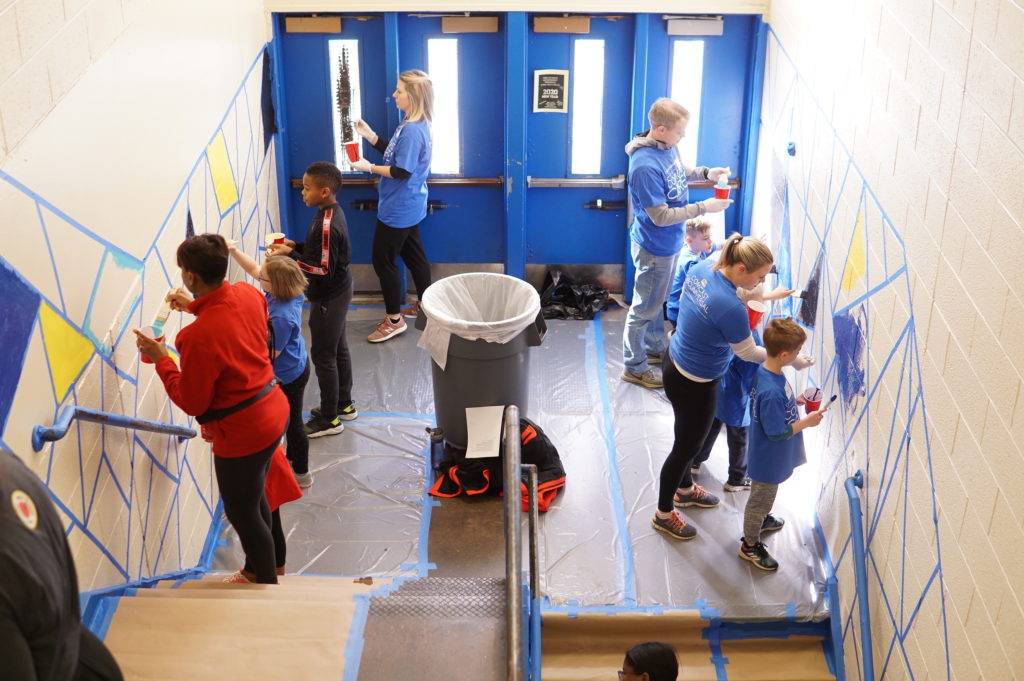 By noon, everyone had the opportunity to take a much-needed lunch break, sponsored by Wawa. While munching on turkey wraps, quinoa salad, and more, volunteers took the time to relax and reflect on the progress they’d made so far within each school.

By 2 PM, the day was wrapped up and the hallways in both John F. Hartranft School and John Welsh School were transformed. Over 300 murals were painted and the learning environments for over 800 students within the Philadelphia School District were changed. City Year gives a special thanks to T-Mobile for being the Platinum Sponsor for this year’s service day and extends gratitude to each volunteer who came out to help honor Dr. King.

We can all be great because we all can serve. Let’s continue to honor King’s legacy not just on the third Monday in January, but every day.

For a video recap of City Year Philadelphia’s MLK Day of Service 2020, visit us on YouTube. Also, visit us online to see photos from this year’s MLK Day. 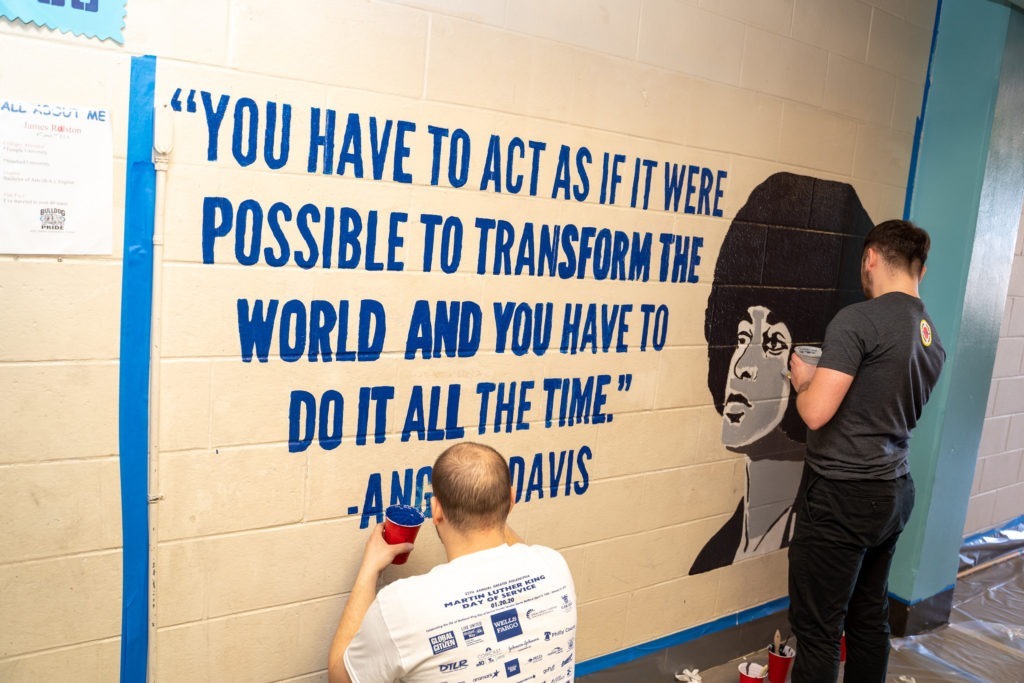