City Year is a leadership laboratory 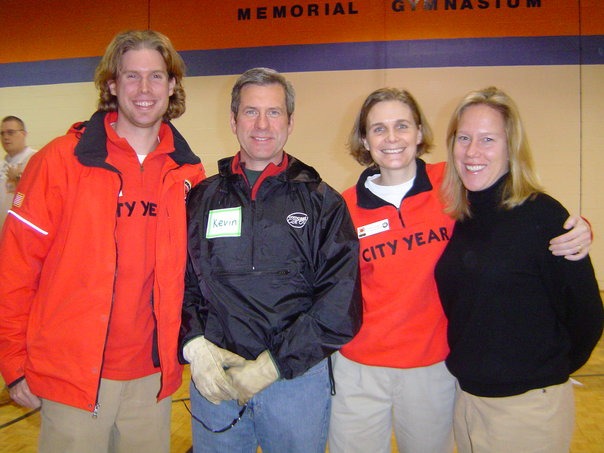 Matt Wilhelm applied to City Year AmeriCorps in 2005, determined to make a meaningful difference in his home state of New Hampshire. Fresh out of college and unsure of what career path to pursue, he served with City Year New Hampshire for two years on a diverse team, as a full-time tutor, mentor and role model supporting students in Manchester’s public schools.

“It was the first and very best decision I’ve made in my career,” Wilhelm said.

His City Year experience inspired a deep appreciation for national service and made Wilhelm a lifelong advocate of volunteer service pathways. Today, Wilhelm serves as a state representative in the community where he first moved for his service year—New Hampshire’s largest city, Manchester.

Rep. Wilhelm recognizes that many young adults today may be looking for new opportunities to make an impact and cultivate new skills during the COVID-19 pandemic. His advice to young adults ages 18-25 is clear: consider serving by applying to an AmeriCorps program like City Year.

Learn more about what it’s like to serve with City Year.

Wilhelm was recognized for his long record of service by Voices for National Service as the inaugural Stoneham Brown National Service Advocate of the Year in February. His determination, creativity and commitment to producing results in building support for national service has earned him this new award that commemorates the work of two pioneers in the field, Dorothy Stoneman, founder and former CEO of YouthBuild USA, and Michael Brown, co-founder and former CEO of City Year. 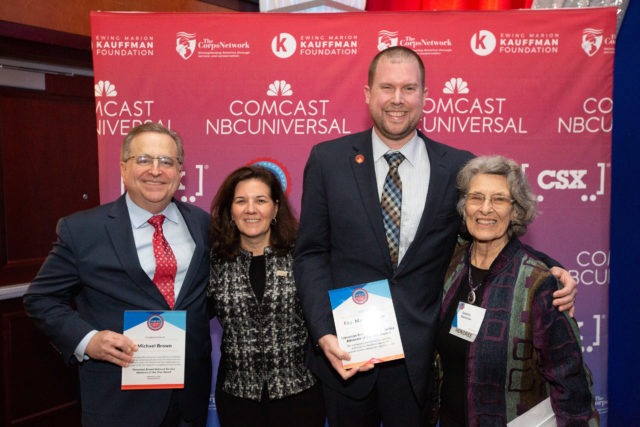 “It’s humbling to receive this award, especially knowing that the award is named after such a dynamic pair of national service trailblazers,” Wilhelm said. “It just makes me more determined to wake up tomorrow and continue to do what I can to expand and strengthen national service.”

Wilhelm has been doing his part for 15 years and he continues to find ways to expand the work. In 2008, he served as the New Hampshire field director of ServeNext, mobilizing national service alums to push presidential candidates from both sides of the aisle to commit to expanding AmeriCorps. Their grassroots advocacy helped to build support for what would eventually become the Edward M. Kennedy Serve America Act, which reauthorized and expanded national service programs and was signed into law by President Obama in 2009.

Every four years, Wilhelm continues to engage presidential candidates about national service when they campaign in New Hampshire. Using his platform as a state representative, he introduced bipartisan legislation to establish the Service Year Workforce Commission that is aimed at expanding career pathways for national service alumni to earn an affordable college degree or credential and find meaningful employment in the Granite State.

Wilhelm has also continued putting his idealism to work through the design of new and innovative national service programs. One is Granite Service Scholars, which is aimed at providing opportunities for recent high school graduates to deliver non-healthcare services to seniors aging in place in their own homes. Last year, the Carsey School of Public Policy at the University of New Hampshire received an AmeriCorps Planning Grant from Volunteer NH to further develop Granite Service Scholars’ intergenerational program model.

Another is Concert Corps, which was born 15 years ago this fall as a Clinton National Service Innovation Award recipient out of City Year New Hampshire. Concert Corps harnesses the power and energy of live music to inspire young people to make a difference through service. Following successful summer pilots in 2018 and 2019, Concert Corps is currently on hiatus due to the cancellation of this year’s concert and festival season.

In a recent op-ed, Wilhelm proposed the New Hampshire COVID Community Care Corps (NHCCC), an emergency national service response to the novel coronavirus and the highest rate of unemployment since the Great Depression. NHCCCC AmeriCorps members will power a public outreach campaign to safely assess and address the needs of their vulnerable and homebound neighbors, including seniors and residents who are immunocompromised.

Wilhelm attributes his passion for public service to his time as a City Year AmeriCorps member.

“City Year is a leadership laboratory,” Wilhelm said, “and the culture, shared values and “power tools” like the organization’s Leadership Compass are foundational to how I engage with my neighbors in Manchester and my colleagues at the State House.” Earlier this year, Wilhelm introduced House Bills 1498 and 1499, aimed at strengthening and expanding New Hampshire’s ecosystem of opportunities for young adults to serve, learn and earn.

Wilhelm’s message to the community is short: Get involved and stay involved. “Experiences like the current pandemic underscore the need for all of us to do our part and take care of one another,” he says.

During his acceptance speech at the Friends for National Service Awards, Wilhelm took a moment to thank his wife and fellow City Year AmeriCorps alum, Jody, and their two children, Ben and Rosie. “Our family exists because AmeriCorps brought us together,” he said. “We are from different backgrounds, different parts of the country, different races and religions and we were unified through service work.”

“Jody likes to say that if you can make it through a service year with your teammates and roommates, then you should be able to work with pretty much anyone,” Wilhelm said. As a family, the Wilhelms strongly believe in the power of national service to forge civic engagement and cultivate the ability to bridge differences, large and small.

As a City Year alum, you can use your unique service experience to launch a career in tech! Learn more...

A City Year staff member shares how she uses baking to connect, tell stories and work through life’s toughest moments...

Read more about Mental health awareness month: one recipe at a time
Strengthening your job application

Here are a few tips from the members of City Year’s Talent Acquisition team—the people who facilitate the hiring process...