Our staff, alumni, board members and partners are committed to building a stronger Buffalo by supporting and developing our AmeriCorps members as leaders in their schools and community. 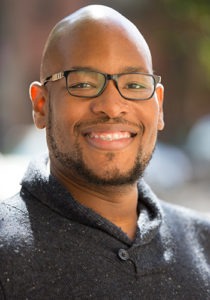 Michael Stevens serves as the executive director of City Year Buffalo. In this role, Michael maintains strategic relationships with local School and, City Year Buffalo’s Board, corporate and philanthropic partners, and the wider Buffalo community.

Michael has been with City Year over 12 years. His career in national service began with by serving in the founding corps for City Year Louisiana, followed by a second year of AmeriCorps service with Habitat for Humanity in Jacksonville, Florida. Following his years of service, he joined the staff of City Year Washington DC, where he served in several positions during his seven-year tenure including program manager, program director and director of school partnerships. Michael later joined the City Year Jacksonville team as the managing director of impact where he managed the full operation of a department that included 120 AmeriCorps members and 17 staff members. After his time in Jacksonville, Michael served as the national student engagement services director with City Year’s national program design team, leading the vision, strategy and pilot opportunities for student engagement services supporting more than 300 schools across the network. He returned to the field to serve as startup director for City Year Buffalo and was formally announced as the vice president and executive director in February 2019.

Michael completed his undergraduate degree at Keuka College in Keuka Park, New York where he received his Bachelor of Science in criminal justice and sociology. He also has a Certificate in Non-Profit Leadership from the University of the District of Columbia in Washington, DC as well as a master’s in education from Northeastern University in Boston, Massachusetts.

Buffalo’s corporate and local partners help fuel the work we do in our communities.